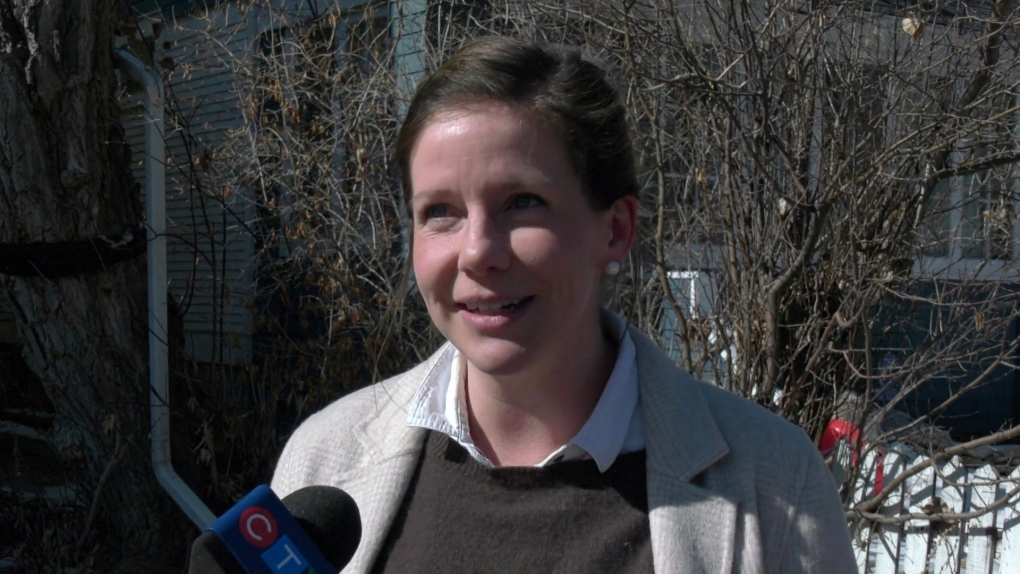 REGINA -- After two Saskatchewan Party candidates came under fire over the weekend for controversial behaviour, the party has struck back against an NDP candidate.

The Sask. Party shared a post to social media on Monday morning, calling out Regina Elphinstone-Centre NDP candidate Meara Conway for a Facebook post she made in regards to the oil industry.

The post, which has allegedly been deleted, called the oil sands “a f---ing nightmare period” and expressed opposition to the Trans Mountain pipeline, according to the Sask. Party.

The Sask. Party said the post is “extreme anti-energy,” and it questions whether NDP leader Ryan Meili supports these views.

"All of our candidates agree to our party policy. That’s part of becoming a candidate, and our party policy is clear. We support the energy industry and we want to see the men and women of that industry back on the job," he said. 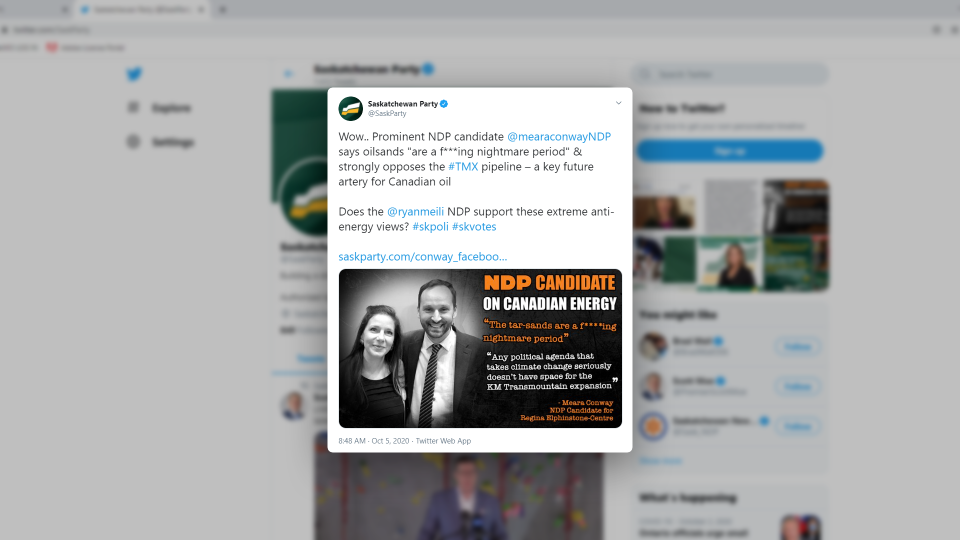 In an emailed statement, Conway said the Sask. Party is doing everything it can to distract voters from their record of “deep cuts to health and education during a pandemic.”

She said she supports a balanced approach, which includes investments into renewable energy to create jobs for energy sector workers.

“I am of course very concerned about the impacts of climate change - and I know that Saskatchewan families agree with me on this,” Conway said.

“I will always stand up for the interests of Indigenous communities, individuals worried about the effects of climate change and the concerns of oil and gas workers who are worried about good, sustainable jobs.”

She said she stands with Evraz workers facing lay-offs “because Scott Moe isn’t using our steel for our energy projects.”

The Sask. Party replaced a candidate in the Saskatoon-Eastview constituency over the weekend after Daryl Cooper stepped down following concerns over his posts to social media.

Regina Rosemont candidate Alex Nau also issued an apology after a controversial story about his actions in 2016 at the country music festival in Craven.

Both leaders said a discussion needs to be had about whether candidates’ social media pasts should be used in attacks during the campaign.

"How much do we want to dig into people’s social media, certainly the further back you go, the more murky it gets," Meili said.