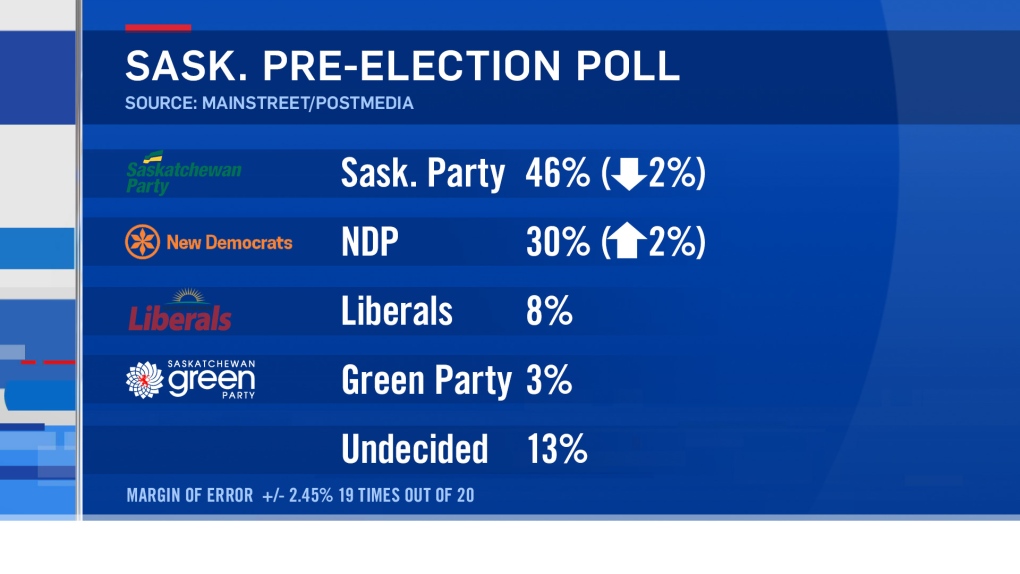 The latest pre-election poll shows the Saskatchewan Party continues to lead, but the NDP is gaining ground.

The Mainstreet/Postmedia survey shows the Sask. Party with 46 per cent support, down two per cent from the previous poll. Support for the NDP has risen two per cent to 30 per cent.

Eight per cent of respondents said they would support the Liberals if the provincial election were held the day they were polled. The Green Party was fourth with three per cent support. Thirteen per cent of those surveyed were undecided.

Saskatchewan voters will head to the polls April 4.