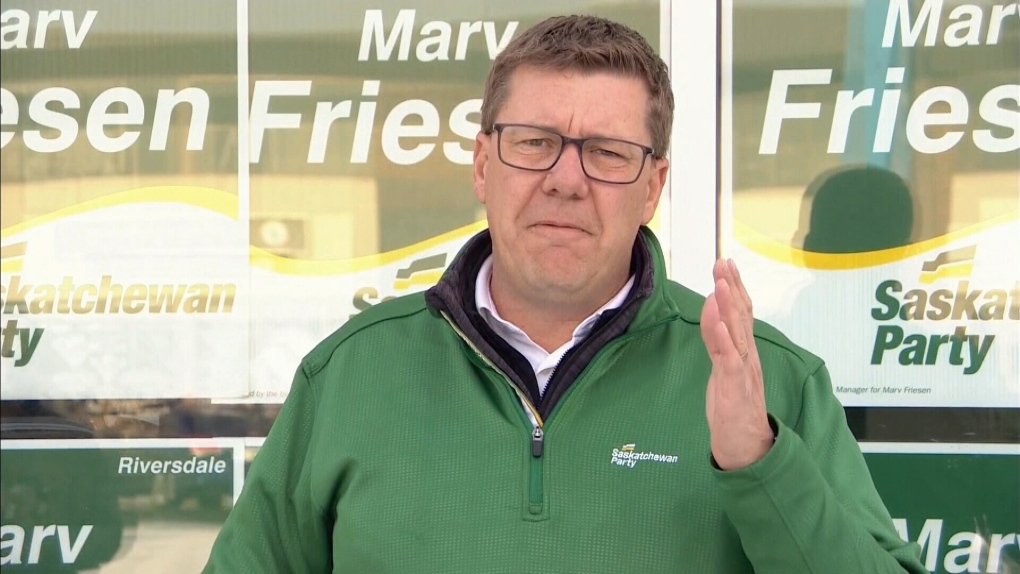 REGINA -- The leader of the Sask. Party said he’s against the idea of highway tolls, after a party candidate suggested engaging the trucking industry to gauge its stance on a toll system.

At a Regina Chamber of Commerce debate on Tuesday evening, the Sask. Party candidate for Saskatoon North West Gord Wyant said the government should have conversations with the trucking industry to see if they’re supportive of toll roads.

“I don’t think that any government should move forward with any conversation around toll facilities without a full and complete consultation with industry, with those that are going to end up paying for it,” Wyant said during a debate on Tuesday night.

He said he wouldn’t support tolls for private vehicles.

“I don’t support tolls for private vehicles, but there is room for conversations with the trucking industry about whether or not that’s an efficient way of paying for our infrastructure,” he said.

On Wednesday morning Moe said he rejected the idea of tolls on Saskatchewan highways.

“With respect to tolls on roads, it’s not a conversation that I’ve been aware of and it’s not one that I’m ever planning to have,” Moe told reporters.

“That’s the wrong conversation to be having right now,” he said. “We should be having conversations about how we invest in families, not adding new tolls and new taxes.”

The Saskatchewan general election will take place on Oct. 26.