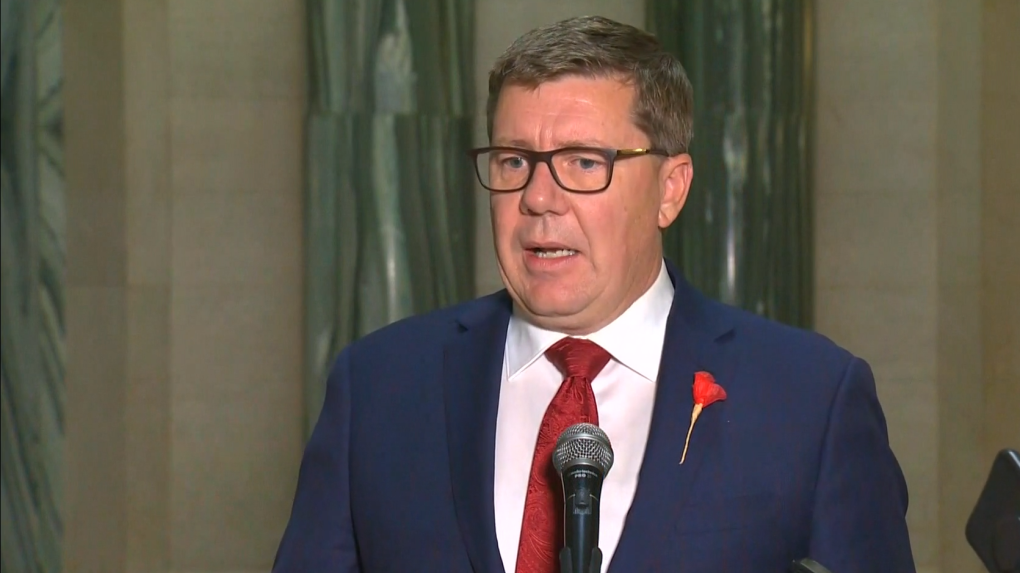 Premier Scott Moe speaks to the media at the Saskatchewan Legislative Building on Nov. 9, 2022.

At 56 per cent, Saskatchewan Premier Scott Moe has the second highest approval rating amongst the Canadian provinces, according to a recent poll.

Topping the list was Quebec’s Francois Legault with an approval rating of 57 per cent. 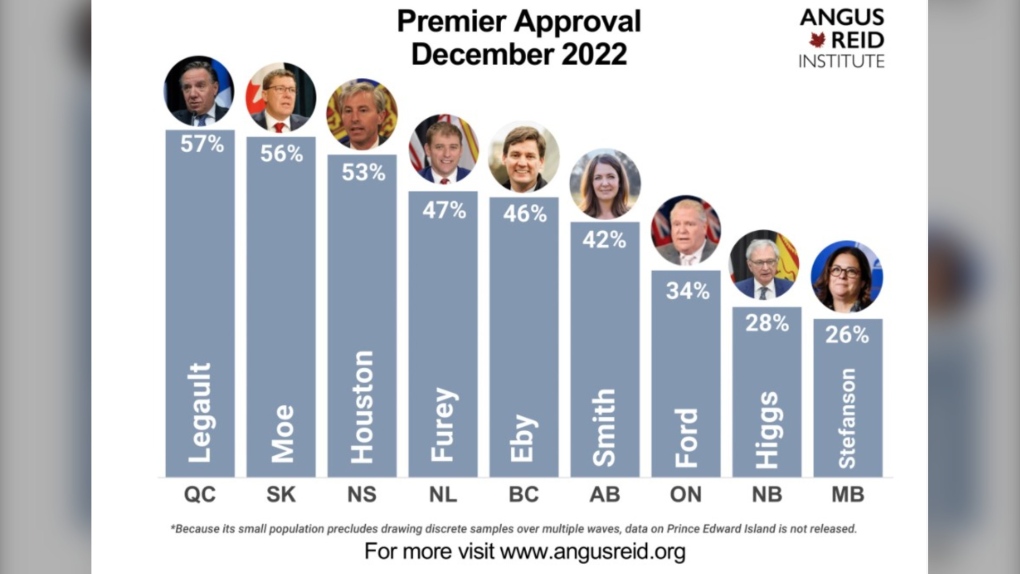 Moe’s approval rating is down slightly – one per cent – from a similar poll conducted in September.

Legault, who had an approval rating of 43 per cent in the September poll, saw the biggest jump in approval.

Angus Reid said 504 people were surveyed in Saskatchewan between Nov. 28 and Dec. 3 with a margin of error of +/- 4 percentage points.

Overall 5,030 Canadian adults who are members of the Angus Reid Forum took part in the survey.

Prime Minister Justin Trudeau is presenting the federal government's offer for billions in new health-care funding to the provinces and territories at a highly anticipated meeting in Ottawa today. At the first in-person meeting of all First Ministers in years, Trudeau is set to outline how much money his government is willing to provide, and what his expectations are for improving care.

Ottawa says Canada will contribute $10 million to earthquake relief efforts in Turkiye and Syria as part of an initial aid package.