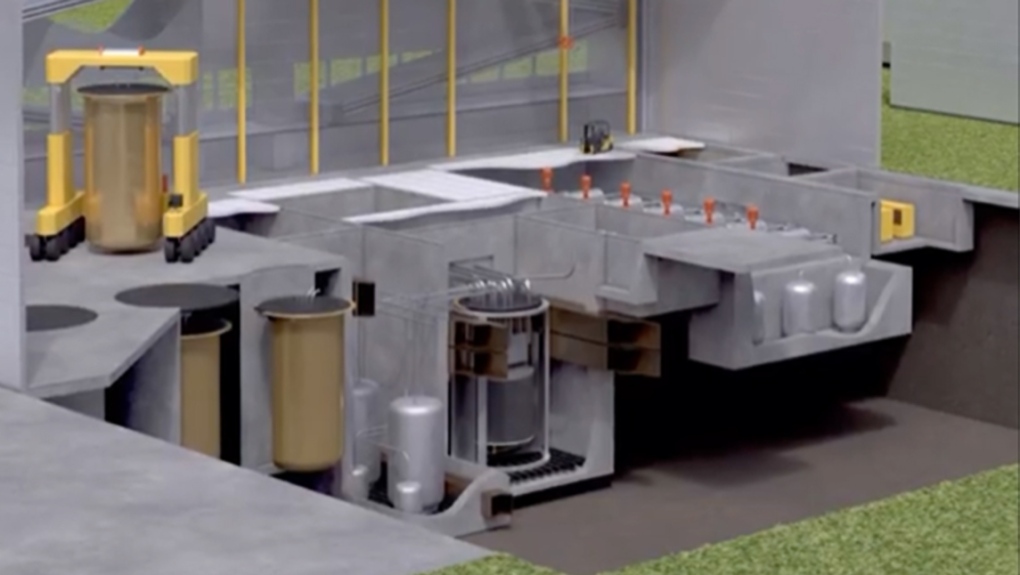 A small modular nuclear reactor or SMR is seen in this undated photo.

REGINA -- Saskatchewan has released a feasibility study into its proposed small modular reactor (SMR) project, in conjunction with three other provinces.

Alberta was added to the memorandum of understanding (MOU), originally signed by New Brunswick, Ontario and Saskatchewan, committing to collaborate on the advancement of nuclear technology.

The premiers of the four member provinces held a virtual press conference on Wednesday to release the findings of a feasibility study, originally requested as part of the MOU.

SMRs are nuclear reactors that produce 300 megawatts (MW) of electricity or less.

In a joint-release, the governments said the study concludes the reactors would support domestic energy needs, lower greenhouse gas emissions and help position Canada as a global leader in nuclear technology.

The study identified three streams, providing project options for the provinces to consider. Timelines for initial completion span between 2026 and 2030.

"The report identifies the potential for all three streams to create employment and economic growth benefits for Canada, as well as opportunities to export technology and expertise to address global issues such as climate change and energy reliability," the release states.

The next step in the MOU is for the provinces to develop a joint strategic plan, expected in the spring of 2021.