“A new provincial January max gust record was set with this storm, Bratts Lake had a gust to 143 km/h,” ECCC said on Twitter.

A new provincial January max gust record was set with this storm, Bratts Lake had a gust to 143 km/h. #windy

The weather system that moved through Southern Saskatchewan was an Alberta Clipper that brought severe winds.

"That is in the range of an EF-1 tornado and was capable of doing this damage and it did do damage across many portions," Meteorologist for ECCC, Terri Lang said.

Here is a break down of other wind speeds ECCC tracked in this storm.

STRANDED ON THE HIGHWAY

Jenny Hagan said she was stranded in her vehicle on the highway just outside of Kindersley for 4.5 hours on Wednesday evening.

The rural home care nurse was trying to get home before the storm hit but said the winds came up extremely fast and created conditions with no visibility. She described the experience as being near a Tornado.

"The howl of the wind that's going by," Hagan said. "You couldn't see much out the windows, the ice was icing up all the windows. 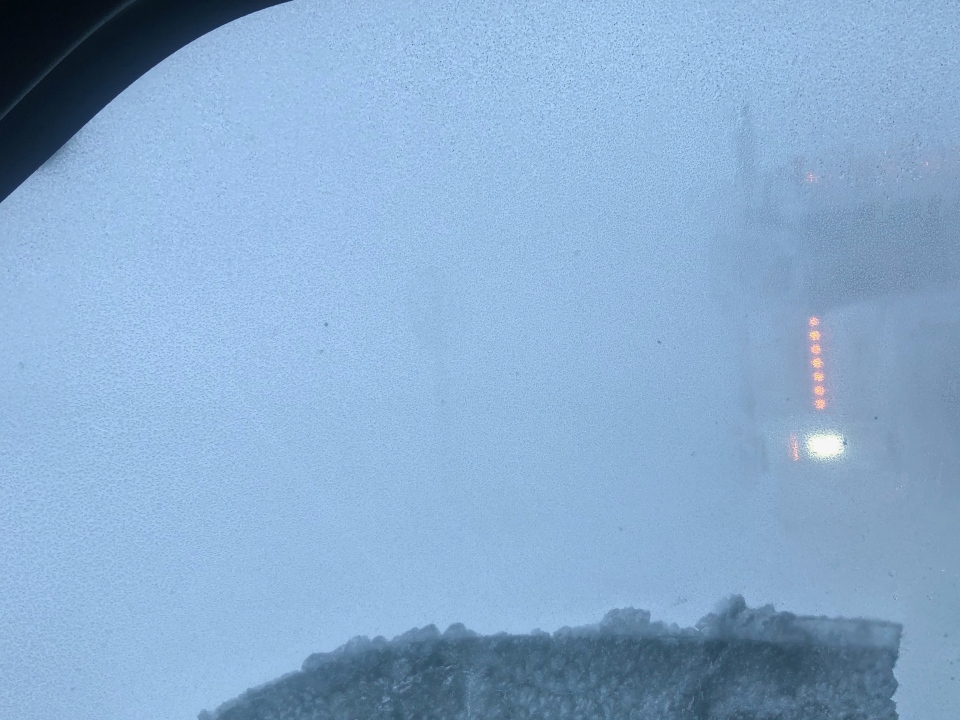 The view from Jenny Hagan's vehicle window is seen in this picture. She said she was stranded in her car on the side of the highway for 4.5 hours. (Courtesy: Jenny Hagan)

Hagan spends a lot of time commuting for work so she is always prepared for poor weather conditions. She said she has a safety kit that she always carries in her vehicle.

ECCC said all motorists should prepare for the worst when heading out the highway.

Lang said many people were stranded in their vehicles during this storm and it shows the importance of why vehicle emergency kits are essential.

"That is a life and death situation," Lang said. "When we talk about checking the highway hotline before going out, taking heed of the warnings, being prepared, having that emergency kit in your car, when you are travelling in the winter. The winds were well advertised but you combine that with falling snow, and you've got yourself a recipe for some really dangerous conditions."

Saskatchewan RCMP reported 182 collisions and 200 vehicles in the ditch or abandoned during this storm.

City of Regina crews cut up a large tree that fell down in the 3200 block of College Ave. The tree was blocking the roadway. 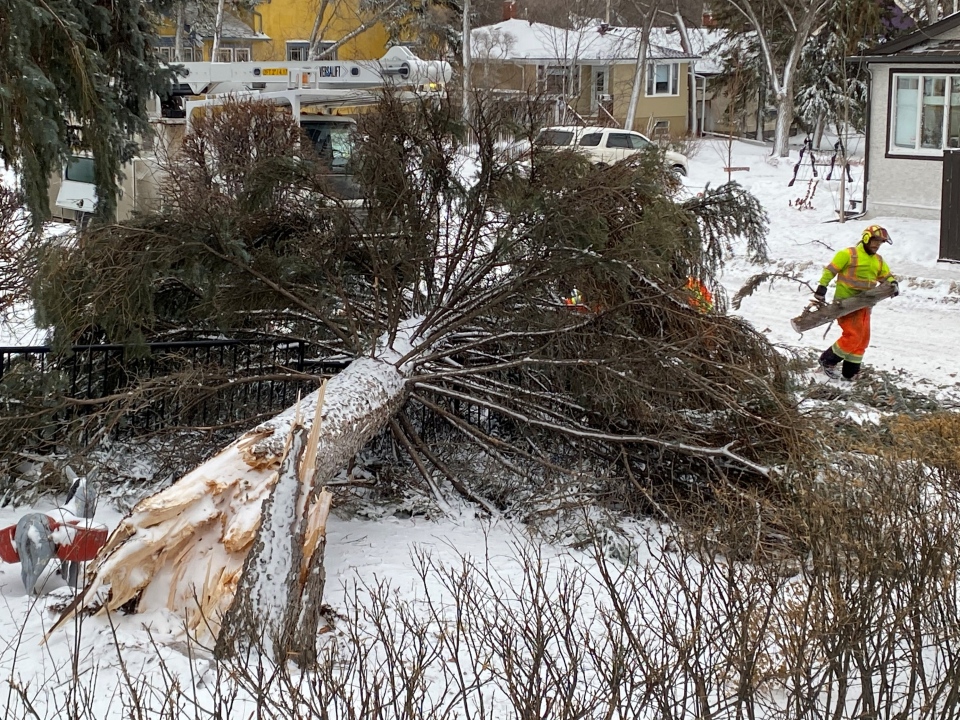 Another large tree came down in 3200 block of Montague St. around 1 a.m. Thursday morning. This tree crashed down on a roof, leaving a hole in the roof above the living room. 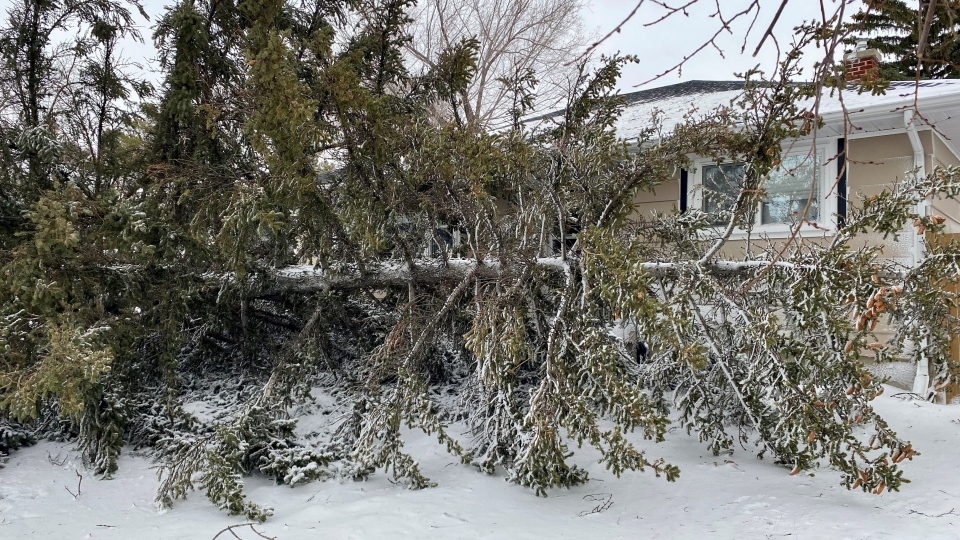 Windows were broken at the Regina Floral Conservatory’s greenhouse. City crews reported around seven traffic lights were knocked down.

The pedway across 11th Ave. between the Cornwall Centre and the Bank of Montreal building was damaged, causing the shutdown of the road and bus route detours were implemented.

The pedway across 11th Ave. sustained damage from the storm. We’ve closed this section of 11th Ave. due to safety concerns.

Crews are repairing & securing the pedway. When there is no risk of further debris, we will reopen the road. #yqr #skstorm pic.twitter.com/2rJHj2iqnM

Crews will begin repairs on Friday morning and the City should be back to its regular operations by the end of Friday.

SaskPower said crews are busy working to restore power, but some lines are still unsafe. There is no estimated time for repairs.

“There are some areas that will likely be without power tonight, as I said, some repairs just can’t be done right now, just because the wind is still too strong in a number of areas across the province,” SaskPower media relations consultant Scott McGregor said.

The storm knocked out power for Amy Vennard and many of her neighbours in the West end. It forced her to move food outside as the lights still remained off at 2 p.m. on Thursday afternoon.

“It honestly was scary. I just couldn’t sleep, the noise was just so loud and I didn’t know if I was going to hear something bang against the house,” Vennard said.

The Regina Catholic School Division cancelled morning classes at St. Gregory School due to a power outage. Power was restored in time for classes to resume in the afternoon.

A small number of Regina Public Schools, including the division office, were without power.

Almost all schools remain open. Due to a continued power outage at Winston Knoll, students have been dismissed and will continue with remote learning this afternoon. School resumes Friday. The school will be contacting families, and students have been asked to contact their families.