REGINA -- While visitors have been few and far between during the COVID-19 pandemic, the Saskatchewan Sports Hall of Fame hasn’t stopped telling the stories of sport in the province.

The SSHF’s most recent exhibit, "Prairie Pride: A History of Saskatchewan Football", has been recognized by the Canadian Association for Sports Heritage with its Award of Excellence.

"There’s so many sports institutions throughout the country, and they’re equally working hard in their respective provinces with different COVID conditions and adapting just as well, so to be recognized by them is really an honour," Bryann Seib, SSHF curator, said. 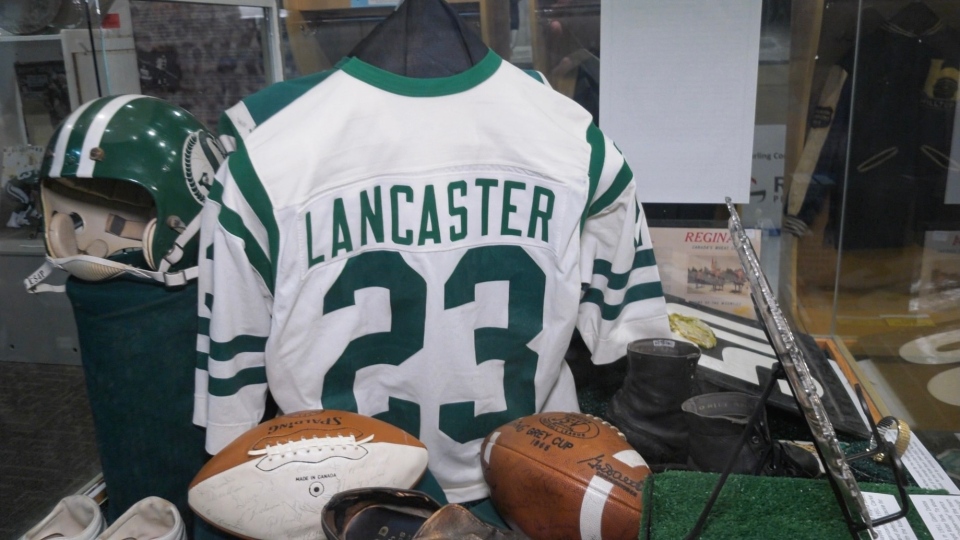 This Ron Lancaster jersey is a small sample of the Saskatchewan Roughriders' artifacts featured in the exhibit. (Marc Smith/CTV News)

The Saskatchewan Roughriders are featured prominently throughout the exhibit, but Seib said they also made a point of featuring everything from university and junior teams to high school and grassroots levels.

"We really tried to get a breadth of different age groups and probably the most prominent teams represented within in the province," Seib said.

This exhibit is the first time that the Regina Thunder have been featured in the Hall.

It’s also the first time women’s football has been on display, which Seib said was important to her.

"Saskatchewan teams have dominated their league and I really wanted to reflect that with this exhibit and show their massive contribution to women’s sports," she said. 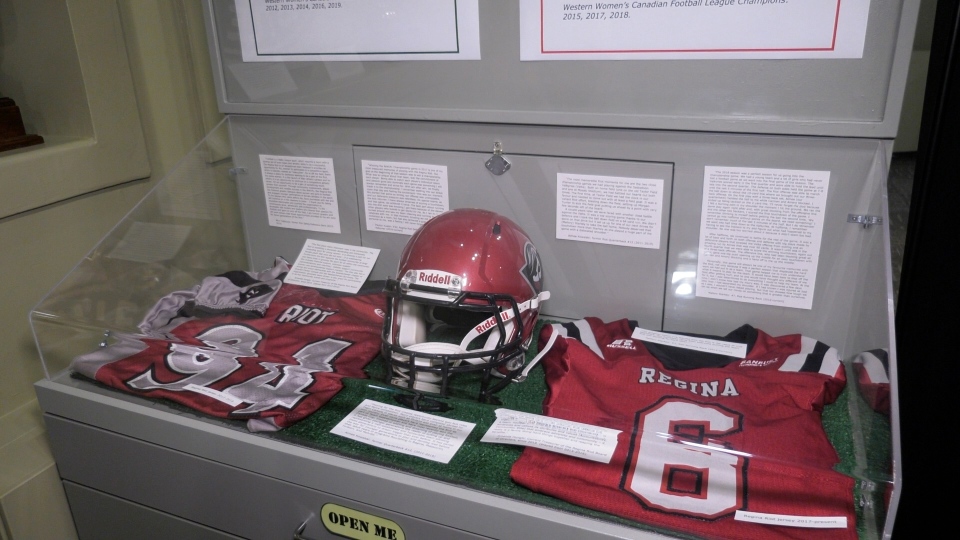 Jerseys, trophies and championship rings from the Regina Riot and Saskatoon Valkyries are on display in the exhibit. (Marc Smith/CTV News)

With the SSHF closed for much of the past year due to the pandemic, Seib and Communications Coordinator Matthew Gourlie created a virtual tour and it was also featured as part of the museum’s virtual field trip program. The exhibit also includes a video wall, which plays videos and vignettes related to the exhibit.

"It was pretty easy to pivot and just try and think of different ways to allow people to see what we did have on display because we were really happy with the exhibit and pretty proud of it," Gourlie said.

"The added bonus is when this exhibit does close, the virtual tour will still be available."

The exhibit will be on display through the summer.