Sask. steelworkers concerned about lack of work in province

REGINA -- Saskatchewan steelworkers are raising concerns about a lack of jobs within the province.

At an event Friday, Mike Day, president of United Steelworkers Local 5890, and Ryan Meili, the leader of the Saskatchewan NDP, called on the province for action in defence of jobs in Canadian steel.

“Right now they’re only predicting that we’re only going to have roughly 15 people working in the plant come January,” Day said.

According to the union, up to 500 jobs are in danger at the Evraz steel mill in Regina, due to a lack of future projects. 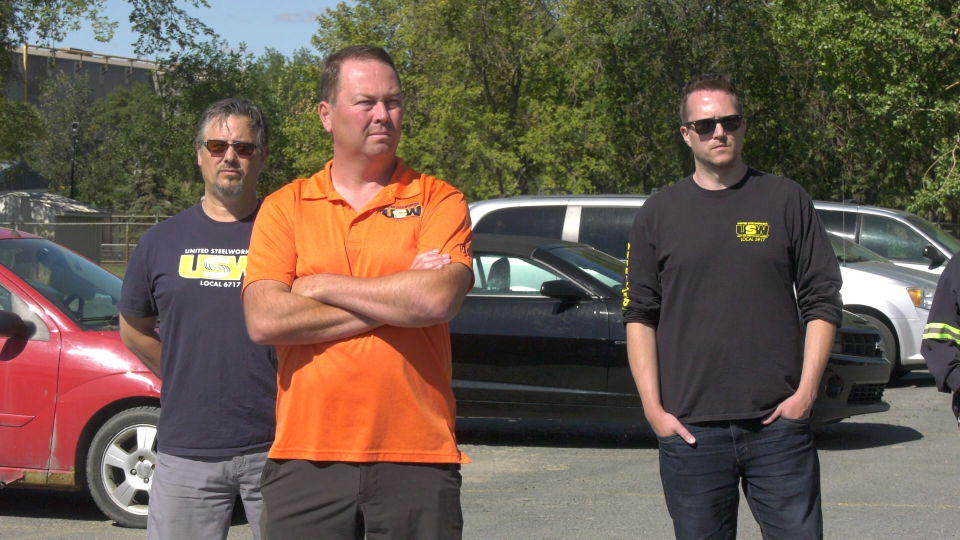 Mike Day, the president of United Steelworkers Local 5890, spoke at an event advocating for jobs for steelworkers in Saskatchewan, on August 28, 2020.

Day said Evraz is actively looking for projects to keep the workers employed, but there is very little booked for the future.

In a release, the NDP said the Sask Party isn’t doing enough to keep jobs in Saskatchewan. It said pipeline projects in Alberta have been awarded to offshore companies, although Evraz is available to do the work.

“We could be losing 500-800 jobs in Saskatchewan if instead of using the best quality steel milled right here at Evraz, the best quality pipe, they use steel from outside of the country,” Meili said.

The Alberta Government said the line is a TC Energy project.

“The Government does not dictate specific vendors to private companies,” Christine Myatt, the Alberta Government Press Secretary, said in an email.

Evraz Steel declined to comment on potential job losses and TC Energy did not respond to CTV’s requests for comment.

The NDP also called on the Sask. Party to commit to using Saskatchewan steel in replacement lines for SaskEnergy.

The Saskatchewan government said it is aware of the concerns but has not received a formal notice of layoffs at Evraz.

“We will continue to work with Evraz on future opportunities for their products and with industry to grow our economy, increase investment and create jobs for Saskatchewan residents,” the province said in a statement.