A Saskatchewan woman is calling for the removal of a statue of Father Hugonard, a Roman Catholic priest who founded the Lebret Indian Industrial Residential School. 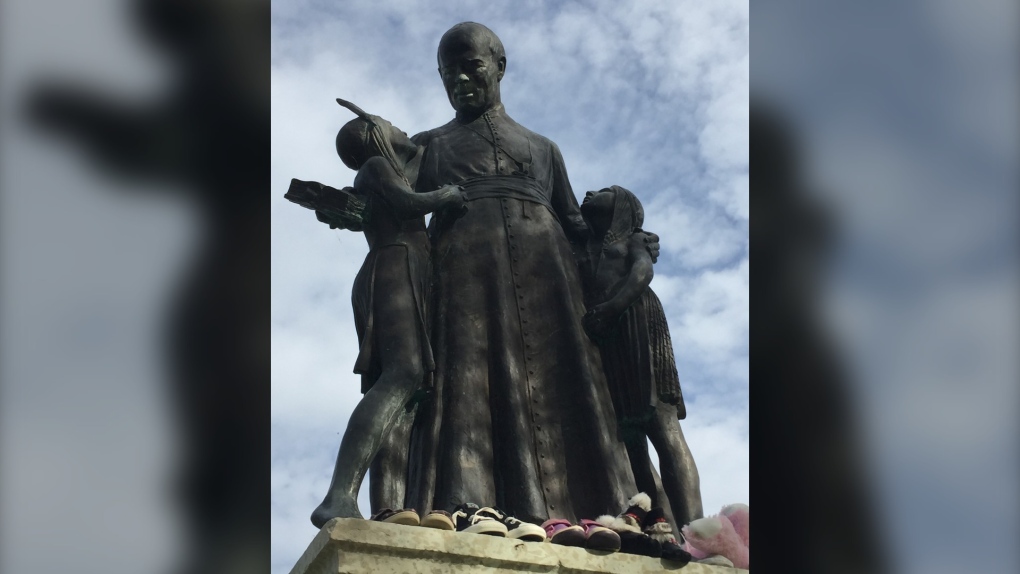 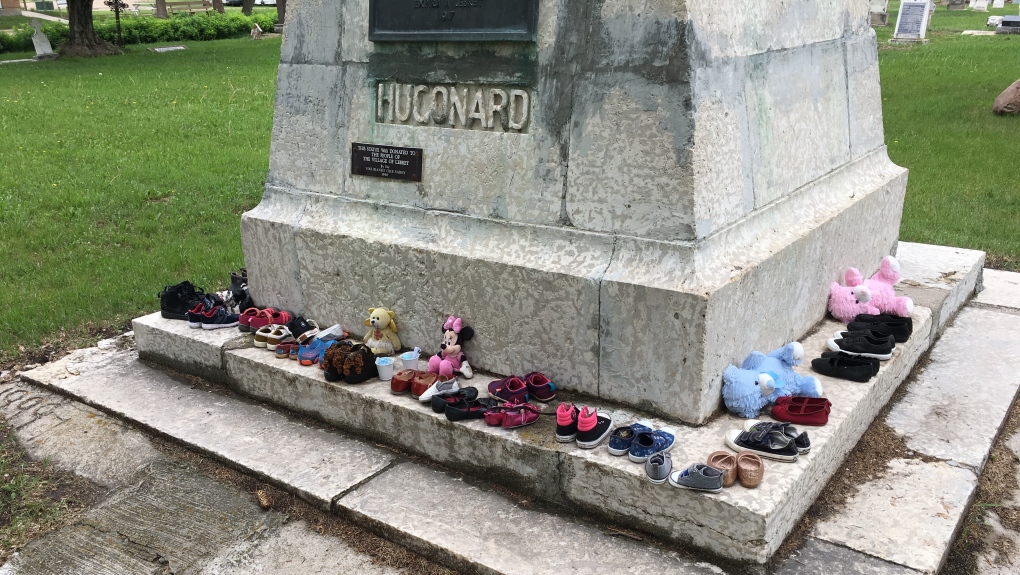 Children's shoes surround the base of a statue of a Roman Catholic priest who who founded the Lebret Indian Industrial Residential School. (Taylor Rattray/CTV Regina)