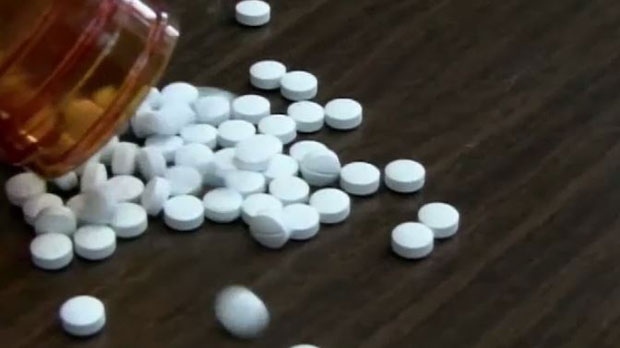 Saskatchewan's provincial auditor has tabled a report that calls for the Health Ministry to pay closer attention to how highly addictive opioids are leaving pharmacies.

Judy Ferguson took a microscope to how the ministry monitors the prescribing and dispensing of opioids.

"Ineffective and insufficient monitoring of opioid prescribing and dispensing practices may result in increased addiction, abuse and misuse, and diversion of prescribed opioids that can ultimately lead to overdoses and death," Ferguson said.

Her report cites figures from the Saskatchewan Coroners Service that shows 119 people died due to opioid toxicity in 2018, up from 117 in 2017.

She said codeine, hydromorphone and fentanyl prescription patterns are higher in Saskatchewan than national averages.

"We don't think the ministry is doing enough to look at really the dispensing end of things," Ferguson said during a press conference Thursday.

She said the Health Ministry doesn't actively watch how opioids are dispensed from the province's 385 pharmacies, so it doesn't know if pharmacies are contributing to the ongoing crisis.

The ministry has agreements in place to see records at every pharmacy in the province and also has a database that lists when prescriptions are filled, she said.

"In this day and age ... there's a lot of data analysis that we think could be done that's currently not being done."

Ferguson recommends the province develop what she calls risk-based monitoring to flag any concerns over how opioids are dispensed by pharmacies.

She also identifies gaps in an existing monitoring program that tracks how powerful opioids are prescribed.

The ministry relies on Saskatchewan's College of Physicians and Surgeons, which is responsible for disciplining doctors, to monitor the prescribing patterns of doctors to identify any concerns, Ferguson said.

The college does this through its prescription review program, which tracks how 19 opioids are prescribed.

"They need to pause and look at the scope of that program," Ferguson said.

For example, she said the list of drugs that are under watch hasn't been changed for years and the ministry hasn't been active in ensuring the list is kept up to date.

Ferguson said the program is focused on how drugs are prescribed, not dispensed, and suggests that should be included.

Her audits identified an example of double-doctoring, when one patient received nine prescriptions from three different prescribers for three different opioids within a 13-day period -- and got filled them in one pharmacy.

The program also failed to express potential concerns to physicians about their prescribing in a timely manner and the ministry was unaware of the delays, says the report.

Ferguson suggested the ministry and college should consider whether there should be a requirement for a patient's medication history to be reviewed before they are prescribed opioids.