'Scared the crap out of me': Sask. snowplow operator details closest call as winter sets in 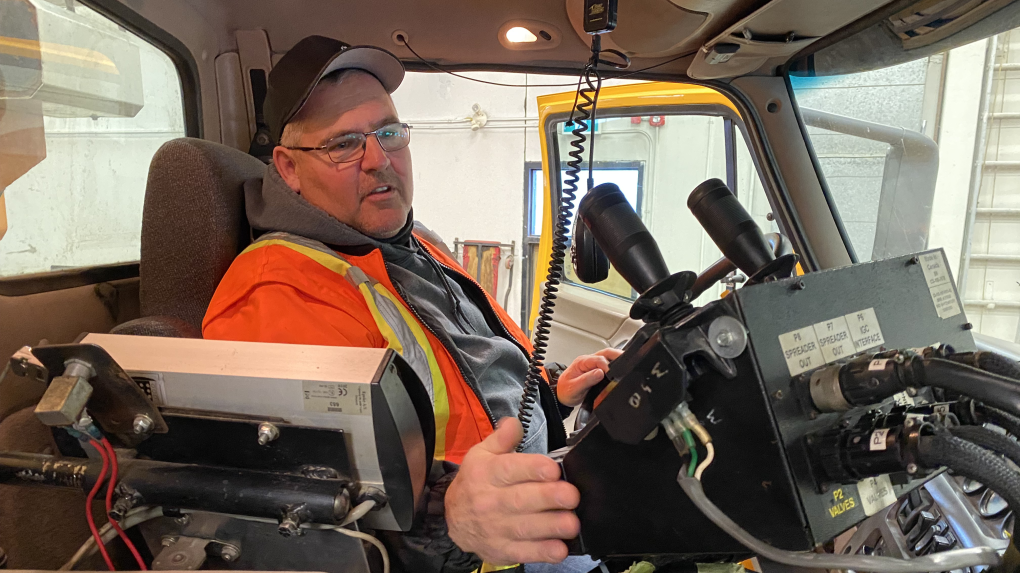 Operator Jarrod Klassen sits behind the wheel of a Ministry of Highways snow plow at a media event on Dec. 8, 2021. (Cole Davenport/CTV News)

As the provincial government issues its annual reminders about safe driving around snowplows, one operator told reporters his closest call was being passed by a semi on the Trans Canada Highway during a storm.

"He's driving on the shoulder. Passing. Scared the crap out of me."

Klassen has worked with the Ministry of Highways as a snowplow operator for the past 11 years and spoke as part of an event Wednesday morning reminding drivers to use caution and patience when approaching and passing snowplows this winter.

"When you get behind a plow, the plows pull over every 10 to 15 kilometres," said Minister of Highways Fred Bradshaw. "What you do is just sit back and take it easy, wait until the plow pulls over or if they can hit a clear spot you can go out and pass them."

According to Bradshaw, there have been 18 collisions involving snowplows over the past five years.

Ways to keep drivers and operators safe include giving them plenty of space and staying out of the so-called "snow zone" behind the machines, keeping an eye out for flashing orange and blue lights and waiting to pass.

"If conditions are favourable, we get over right away and keep the traffic moving, get the traffic past us, and then get back on our with our day," Klassen said. "Because you're coming to visit me in my place of work and you're only going to be with me for a minute or two, but it could be the most."

The government encourages drivers to plan ahead by using the Highway Hotline to check the latest road conditions.

More than 300 provincial snowplows are responsible for keeping around 26,000 kilometres of roadway clear before, during and after storms.