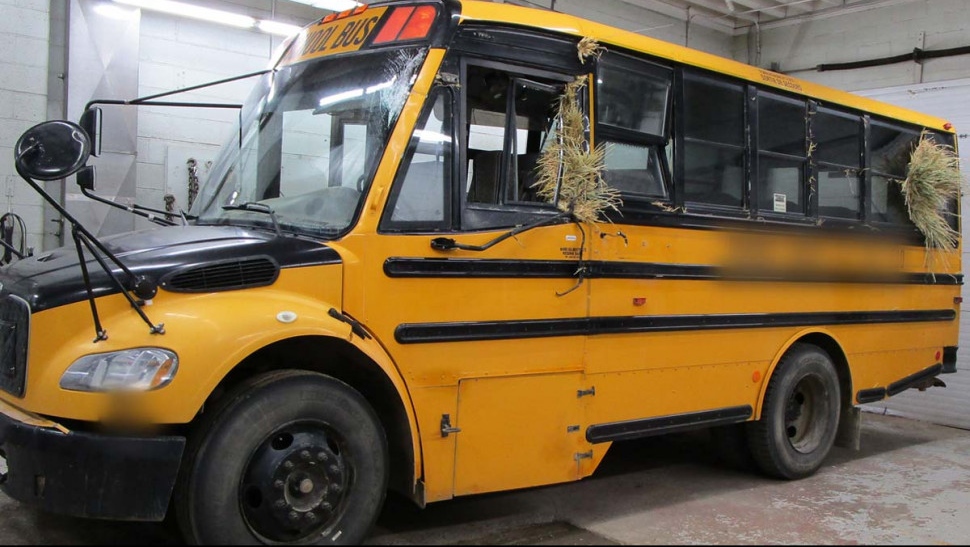 A truck hauling hay collided with a school bus near a town southwest of Assiniboia, Sask. last week, according to RCMP.

RCMP said it received a report about the collision south of Flintoft on Dec. 2 around 8:15 a.m.

In a news release issued Tuesday, police said children and the driver were on the bus at the time, but no injuries were reported.

A photo provided by RCMP shows some damage to the bus’ windshield and some hay caught on the side of it.

As a result of the investigation, the driver of the semi-truck was charged with driving without due care and attention.