Security and safety top of mind for police, crews at Craven Country Thunder 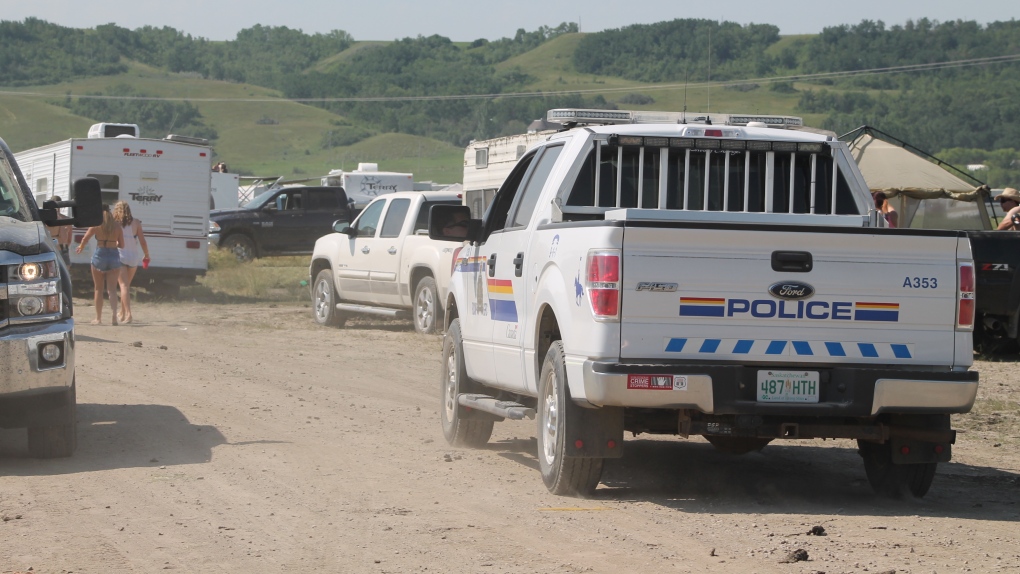 File image of an RCMP truck at Craven Country Thunder.

Craven Country Thunder kicks off on Thursday night after weeks of preparation and as always, safety at the music festival is top of mind for both the security team and the RCMP.

In a release the RCMP said they will continue to enforce a “zero tolerance” policy for public drunkenness, open liquor, underage drinking, illicit drug use, causing a disturbance and any other illegal activities.

Although the festivities have not officially gotten under way, three men have already been arrested at the festival for causing a disturbance and being intoxicated in public.

2019 will be the first year of the festival where cannabis is legal, but according to Shawn Pearce, the security manager for Country Thunder, the rules surrounding it do not change at Craven.

“Cannabis as you know in Saskatchewan is for private use,” said Pearce, “This is like a public park, you can’t smoke in a public park, and so we recommend don’t try to spark anything up walking down Main Street.”

Pearce has been working security in Craven for 25 years, and he said although there are always a few issues over the weekend, his job is to make sure that people are having fun the right way.

“There’s not an awful lot of issues that take place, and when they are it’s usually just small pieces that we can rectify,” said Pearce. “In the end people are having a good time, and they’re doing a good job of it.”

The RCMP also wants to remind festival goers to always call 911 in an emergency. For non-life threatening situations you can call 310-RCMP and let them know your location, contact information, a specific meet up location and as many details as possible.