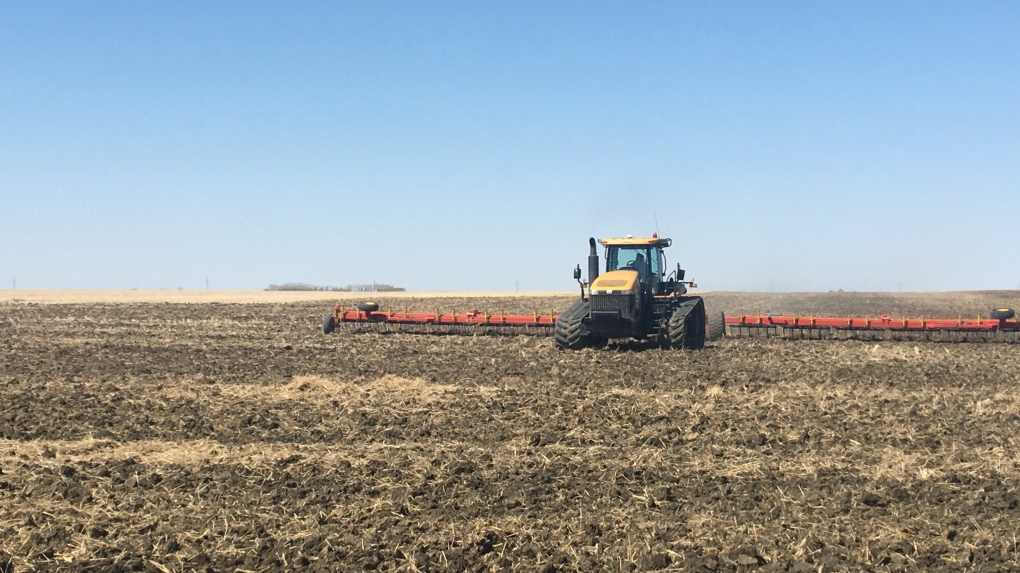 A farmer works on their field near Regina on May 7, 2020 (Katy Syrota / CTV News Regina)

It’s the first crop report of the season.

Seeding sits at seven per cent, slightly behind the five-year average of nine per cent for this time of year.

The report says some producers were delayed this spring, but will be out in the fields over the next few weeks as fields dry and temperatures rise.

The southeast portion of the province is most advanced at 10 per cent of crop in the ground.

The northwest region is least advanced at less than one per cent seeded.

There was lots of rain reported in the province last week, including 37 mm around Indian Head.

They are also assessing winter wheat as fields green up.

Farmers are seeding and combining last year’s crop, along with fertilizing and harrowing.