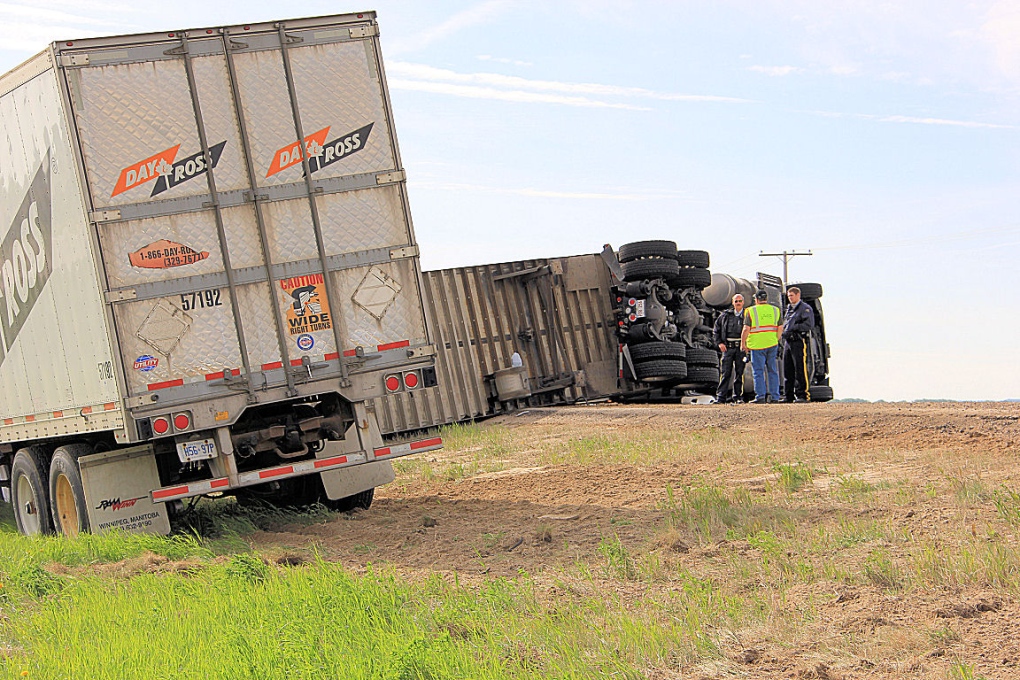 The eastbound lanes of the Trans-Canada Highway were closed near Indian Head after a semi with two trailers flipped onto its side Thursday morning. (Dan Loran)

Traffic was restricted after a semi with two trailers flipped onto its side, blocking the eastbound lanes of the Trans-Canada Highway near Indian Head.

Eastbound traffic was down to one lane on the shoulder of the highway at the scene.

It was expected to take crews a few hours to unload the semi and get it back upright.

RCMP say no hazardous goods were spilled in the crash, which is under investigation.