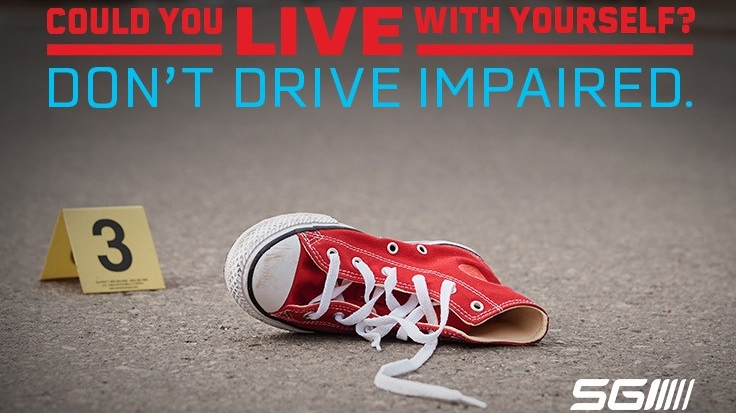 REGINA -- If you drove impaired and killed someone, could you live with yourself? That’s the question SGI is asking viewers in their latest impaired driving campaign.

The goal of the ads is to make people think twice about the consequences of driving impaired and what that may cause in the future.

The campaign includes Linda and Lou Van de Vorst who lost their son Jordan and his entire family because impaired driving.

“I’m sure it affects the family of that person who killed our son and his family. I’m sure that they have to live with that and I think that's what this ad campaign highlights,” Lou Van de Vrost said.

Jordan, his wife Chanda and their young children Kamryn, 5, and Miguire, 2, were killed by an impaired driver in 2016.

His parents have been dedicated to helping SGI spread the impact one wrong decision can have on a family.

According to SGI, there are 717 impaired driving collisions each year, resulting in 39 people losing their lives and 361 people getting hurt.

The ads will run on TV, in cinemas and on the radio throughout February.