Sheree Fertuck's husband charged with first-degree murder in her disappearance

The RCMP announced Tuesday that Greg Fertuck has been arrested for the murder of Sheree Fertuck.

Greg has been charged with first-degree murder and indignity to human remains. He was arrested without incident on Monday night outside of Saskatoon.

Sheree’s body has not yet been found. Supt. Derek Williams says investigators are still working to locate her.

“The important thing is here that we find Sheree’s body and we bring her back to her family,” Williams said.

The 51-year-old woman was last seen leaving her family’s farmhouse east of Kenaston on just after noon on December 7, 2015.

Her semi-truck, with her keys, coat and cellphone inside, was found at the gravel pit the next day.

A court document from 2016 showed that RCMP believed Greg may have been responsible for Sheree’s death. Sheree and her husband were separated.

Williams said he has spoken to Sheree’s family, who are happy to see that charges have been laid.

He added laying charges in historical cases like this one can be very difficult, and the Crown believed there was now enough evidence to arrest and charge Greg in Sheree’s murder.

Greg remains in custody and will appear in Saskatoon Provincial Court on Wednesday morning. 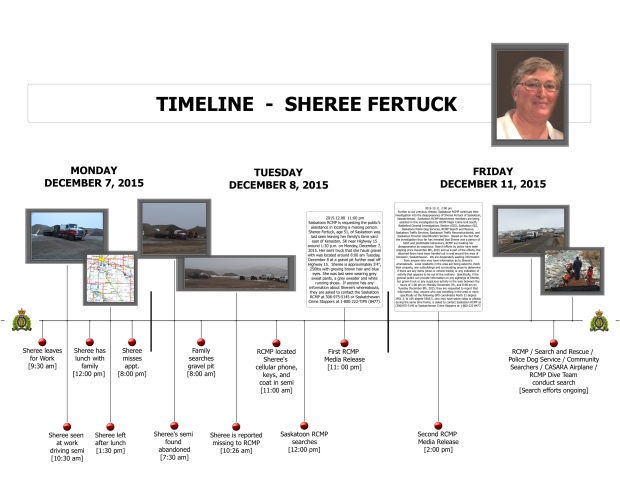