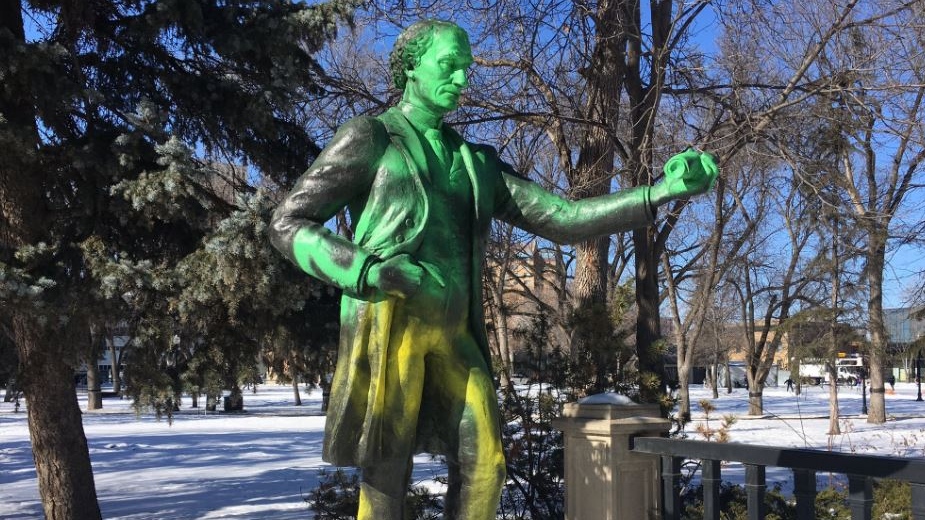 The statue of Sir John A. MacDonald is shown with green and silver paint on Feb. 23, 2018 (Creeson Agecoutay / CTV Regina)

The Sir John A MacDonald statue in Victoria Park has been vandalized.

The statue has been spray painted green and yellow.

Statues of Canada’s first prime minister were the target of vandals across the country this summer, as people questioned his legacy.

In Regina, the Saskatchewan Coalition Against Racism circulated a petition asking the statue to be removed. A local group gathered and covered the statue in August. The group said it wanted to see the statue removed because of the former prime minister’s involvement in colonialism and residential schools.

In a statement, the City of Regina said it is aware of the vandalism.

“Crews will be dispatched to remove the graffiti from the statue once we’ve determined the best approach for removal without disturbing the statue,” the statement said.

The city also said it’s too early to estimate the cost of cleanup.