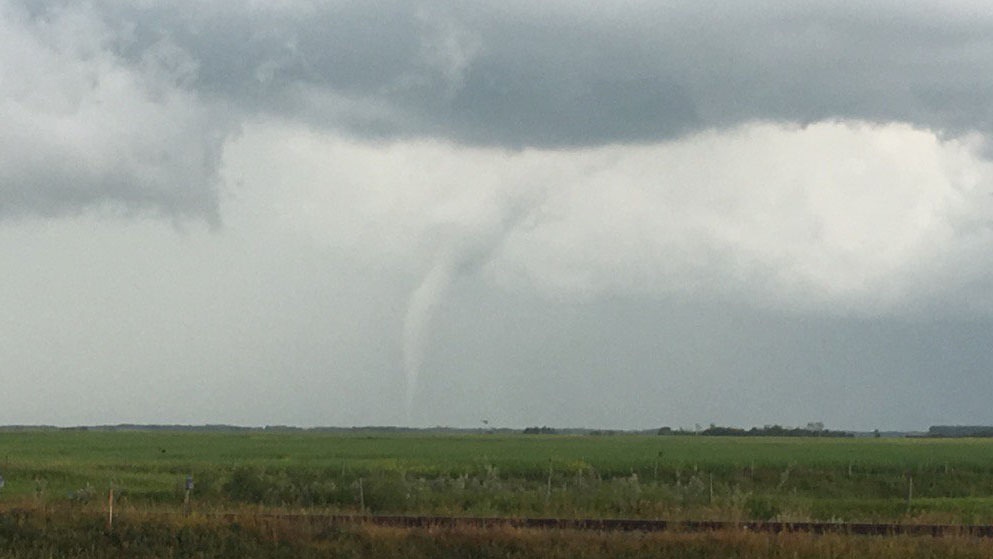 A tornado touches down near Foam Lake on July 21, 2017 (Twitter: Sherrey Hykaway)

Environment Canada has confirmed that six tornadoes touched down in Saskatchewan on Friday.

According to the weather agency, there were two tornadoes north of Lanigan, one north of Jansen, one near the town of Quill Lake, one near Fishing Lake, and one between Wapella and Rocanville.

Environment Canada says there hasn’t been any damage from the tornadoes reported at this time.

People across Saskatchewan took to social media to share images from the storm.

Friend of mine took this at fishing lake, sk. #skstorm . pic.twitter.com/68ifv243a1