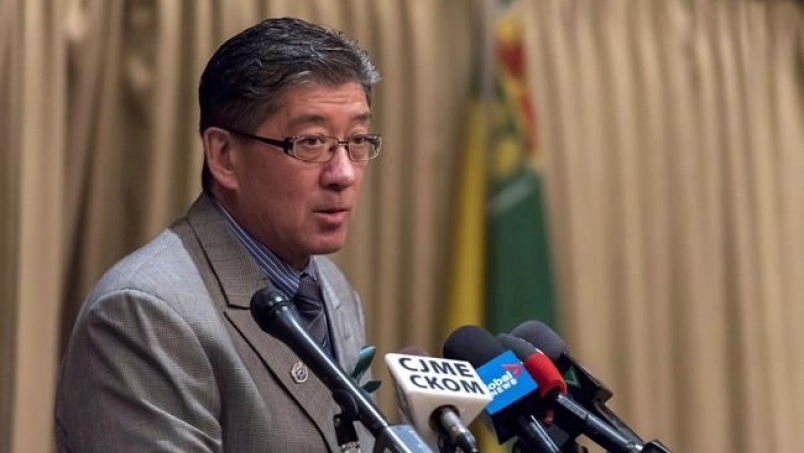 YORKTON -- The Saskatchewan Junior Hockey League (SJHL) and its member clubs are planning for a full return to play for later this year.

The league made the announcement to reassure players, coaches, volunteers and fans there will be a 2021-2022 season.

“We do plan on playing the 21-22 season to the fullest extent,” said Bill Chow, president of the SJHL.

In a release, the league said it is optimistic fans will be able to be in attendance at the arenas, but protocols such as mandatory masks or physical distancing may still be in effect as the league remains vigilant about public safety measures.

“There may be some things that we have to work out moving forward. As we progress in to the summer here hopefully we’ll be able to have those things decided and taken care of sooner than later,” explained Chow.

With the situation surrounding COVID-19 constantly changing, Chow described returning to play as a “moving target,” but is urging people to be positive.

He said the league will be having discussions with the government, but the outcome of those talks will depend on the trajectory of the virus and vaccination rates in the province.

The 2020-2021 SJHL season was eventually cancelled after several delays, but even after the lack of play and revenue 12 teams will be returning to the schedule this year.

"I think that's great for the staff, the fans, the players, to look forward to something in the fall," said Mat Hehr, head coach and general manager of the Yorkton Terriers.

The Terriers recently announced a contract extension for Hehr, putting him at the reins for at least another two years.

"We had a good two years these past two years so we're hoping that we can continue to take steps in the right direction and continue building on what we previously did here," said Hehr.

Last season the Terriers only playing six games, and Hehr said the approach to 2021-2022 season and recruiting has been different, but the team is excited to get back some sense of normalcy and entertain fans who haven’t been able to watch hockey in person.

"If we can get some fans back in the building, it's exciting for not only the coaches, but the players as well. I know they get pretty excited when they're able to play in front of their friends and family, so hopefully we can have a great season next season,” said Hehr.

He said junior hockey teams would need around a minimum of 500 fans in the stands to make the season work, adding the team won’t start seeing the financial impacts until this season begins.