Snowbirds aerobatics team to return to Canada after crash in U.S. 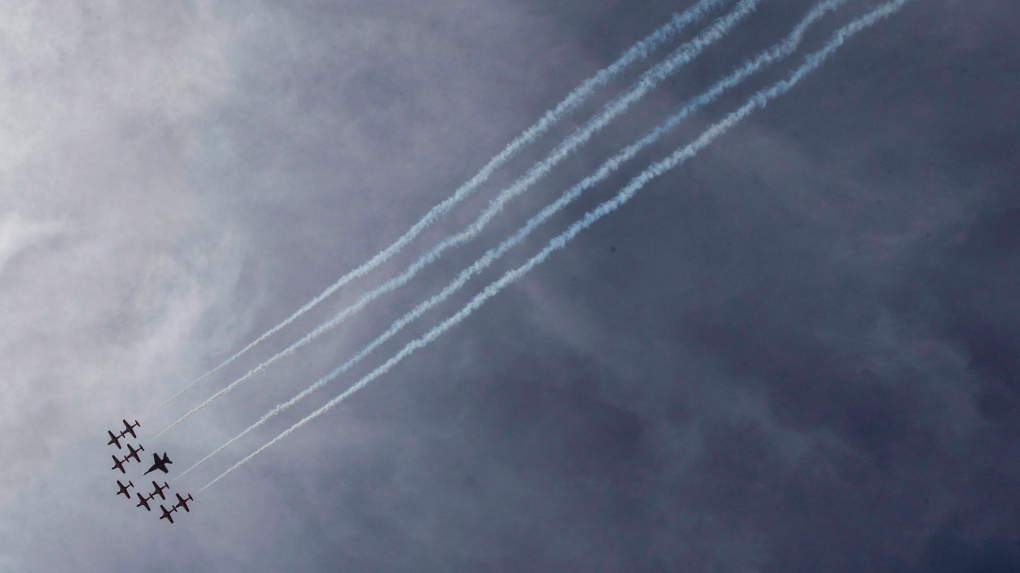 The RCAF's Snowbirds perform a fly past during a ceremony in Toronto on Friday, September 1, 2017. (THE CANADIAN PRESS / Chris Young)

OTTAWA -- The Canadian military's Snowbirds aerobatics team is returning home after a crash grounded the planes in the U.S. for more than a month.

Military investigators are still trying to determine why one of the Snowbirds' famous Tutor aircraft crashed on Oct. 13 prior to an airshow at the Atlanta Speedway in Georgia, but the Royal Canadian Air Force says it is now confident enough to fly the planes back to Canada.

Capt. Kevin Domon-Grenier sustained minor injuries when he ejected from the plane, which crashed into a farmer's field. No one else was hurt.

Once the Snowbirds return to their home base in Moose Jaw, Sask., there will be another investigation to identify the cause of the crash and the risk of another incident before the team can get back into the air.

"At this point, we have received enough information from investigators to resume wings-level flight in order to return our jets to our home base. However, we need to let the investigators continue to work before we resume full operations."

Regardless of how quickly the investigation wraps up, the air force says the team's spring training will be delayed by at least a month.

It is still too early to say how the delay will impact the Snowbirds' scheduled airshow performances next year.

The Snowbirds have performed at airshows across Canada and the U.S. for decades and are considered a key tool for raising awareness about -- and recruiting for -- the air force. Eleven aircraft are used during shows, with nine flying and two kept as spares.

The air force obtained its Tutor jets in 1963 and has used them in air demonstrations since 1971. Seven pilots and one passenger have been killed and several aircraft have been lost over the course of the Snowbirds' history.

The military has insisted that the 56-year-old Tutors are safe, despite their age.

The military is currently looking at extending their lives in the hopes the Snowbirds can continue to use planes until 2030.

Some have suggested the Tutors may eventually be replaced by the air force's CF-18s, which themselves are due for replacement as the military's primary combat aircraft over the coming decade.

This report by The Canadian Press was first published Nov. 27, 2019.