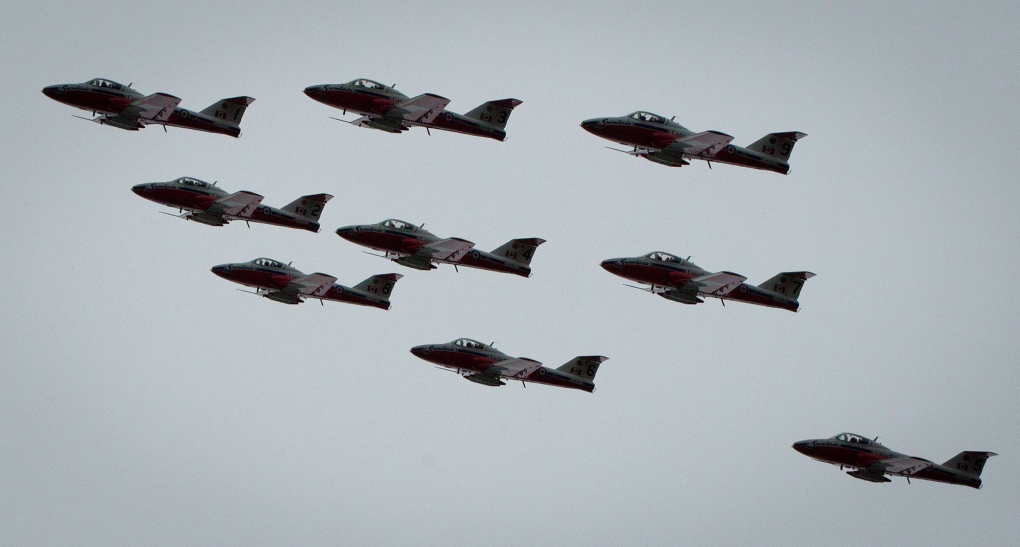 The Canadian Forces Snowbirds demonstration team fly over Comox, B.C., during a training flight on Thursday April 18, 2013. The aerobatic team is in Comox for two weeks preparing for the 2013 air show season. THE CANADIAN PRESS/Darryl Dyck

MOOSE JAW, Sask. -- Canada's famed Snowbirds aerobatic flying team has been forced to cancel all shows in the United States because of budget cuts.

Snowbirds spokesman Capt. Thomas Edelson says the number of flying hours were cut for the squadron based in Moose Jaw, Sask., so the four U.S. shows were cancelled.

Edelson says the team enjoys going south of the border, but Canadian audiences have to be the priority.

Herb Gillen, a spokesman for the Oregon International Air Show, says organizers got a call from the Snowbirds about 10 days ago to cancel a September show.

Gillen says removing the Snowbirds from the lineup is a pretty big blow for the Oregon show.

He says organizers are regrouping and trying to figure out what the viability of the show is if it doesn't have a jet demonstration team.