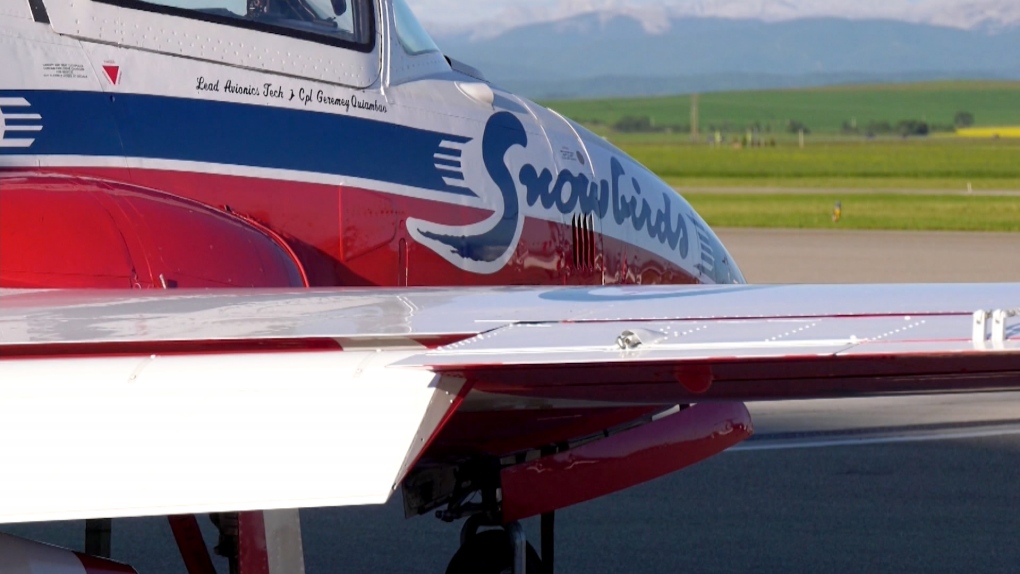 HAMPTON, Ga. -- After a dangerous crash that ended with a pilot in hospital, the Snowbirds are grounded, according to the Royal Canadian Air Force.

The Canadian Forces Snowbirds said Capt. Kevin Domon-Grenier's jet crashed into an unpopulated field Sunday near Hampton, Georgia. No one on the ground was injured.

Released from hospital! We're so happy to have Kevin back with the team. #snowbirds #cfsnowbirds #rcaf #thanksgiving pic.twitter.com/dWwPVSw7DX

The disabled aircraft was escorted for a few moments by a second Snowbird when the decision had to be made to eject from the plane.

The Snowbirds were set to perform at the Atlanta Air Show. Event organizers said they cancelled the rest of Sunday's show after the crash.

The snowbirds are on an "operational pause" for at least a week until the cause of the crash can be determined. The team will have to miss out on next weekend's air show in Houston which would have been their last of the season

The team will not be travelling to Houston, Texas this weekend for our final scheduled show of the 2019 season. We regret we won't get to perform for fans at Wings over Houston, however determining the cause of the accident is our top priority right now. https://t.co/VhX5lXCJ1G

With files from CTV News Vancouver.