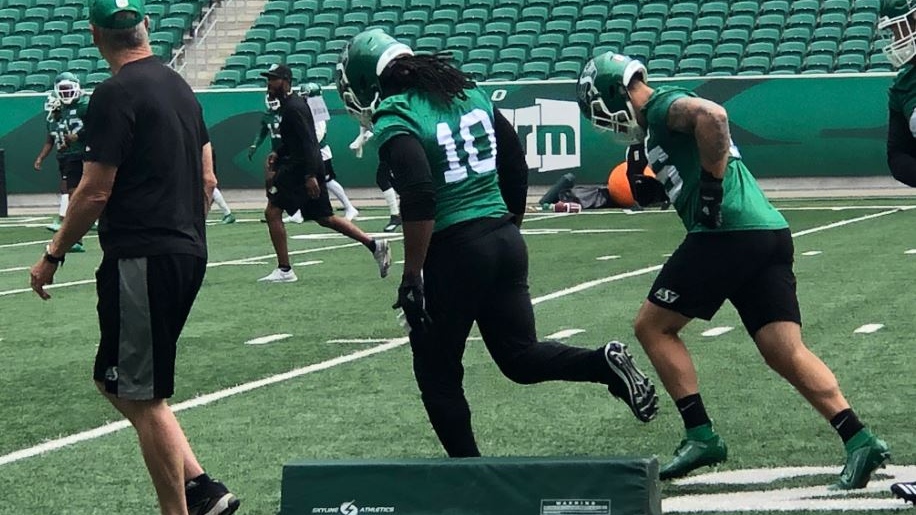 The Roughriders will have Solomon Elimimian in their lineup when they take on the Calgary Stampeders on Saturday night.

The international linebacker signed with the Riders in May, but has been sitting with a calf injury. The former B.C. Lion made his practice debut for the Green and White last week.

He practiced with the team last week, and Head Coach Craig Dickenson confirmed after Thursday’s practice he will play this weekend.

Dickenson also said receiver KD Cannon will be out on Saturday. Justin McInnis, who was selected sixth overall in the 2019 CFL entry draft, will take his place.

Kicker Brett Lauther and defensive back Nick Marshall will be the game day decisions, Dickenson said.

Canadian linebacker Sam Hurl will also be out for this week's game.

The Riders kick off against the Stampeders at 8 p.m.