Spike in overdoses reaffirms need for Naloxone in Regina 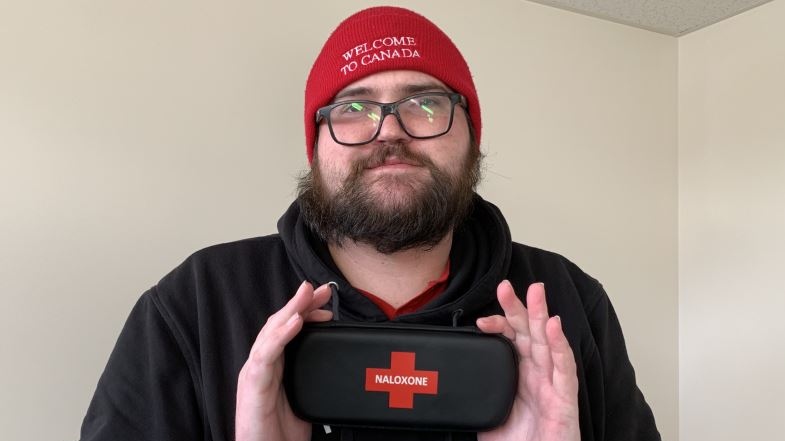 REGINA -- During an opioid overdose, the difference between life and death can be just a matter of minutes, a take home Naloxone kit can be that difference.

"People seem to be mixing fentanyl, and other opioids, with every kind of drug nowadays, you see it with meth, which is a big problem in our area, but if it's mixed with fentanyl, they can overdose on that as well, so it's always handy to just have [a Naloxone kit],” Cameron Hinchcliffe with Carmichael Outreach said.

A spike in overdoses in Regina in the past two weeks, including two deaths last weekend, has prompted a warning from the Coroners Service of Saskatchewan about a batch of drugs tainted with fentanyl in the community.

"Be careful of what you're buying, we know people are going to buy illicit, so there's no use hiding our head in the sand about that, but it's fair that people should be warned that we know this is in the community right now,” said Chief Coroner Clive Weighill.

Members of the Regina Police Service and EMS are equipped with Narcan to help someone suffering from an overdose.

Naloxone kits are available for free to the public and can also help stop an overdose. According to the Saskatchewan Health Authority, more than 13-hundred kits were distributed in Regina over the past year.

Many community organizations that deal with at-risk drug users have the kits and are trained to use them.

All staff at Carmichael Outreach are trained to use the kits and Hinchcliffe says they hand them out on a daily basis.

"The kits come with two doses of Naloxone in it and two clean needles as well, the reason they give you two is because when you use it the first time, it can wear off and then you can re-overdose, so it's not an end all be all,” Hinchcliffe said.

Free take home Naloxone kits are available through the Saskatchewan Health Authority and at pharmacies. SHA does remind people that naloxone doesn't replace the need to seek medical attention if a suspected overdose is occurring.

CTV News also spoke to 5th Avenue Pharmacy in the north central neighbourhood that has spray naloxone kits available. The kits are free to anyone with a First Nations status number.

The pharmacy says they’ve distributed one kit per day over the past two weeks.