REGINA -- The statue of a Roman Catholic priest who founded one of the first residential schools has been removed from the Saskatchewan cemetery where it stood.

The statue of Father Hugonard, who founded the Lebret Indian Industrial Residential School in 1884, was built in 1926 and stood near the entrance of the school until the late 1990s, when it was moved to the Sacred Heath Catholic cemetery. 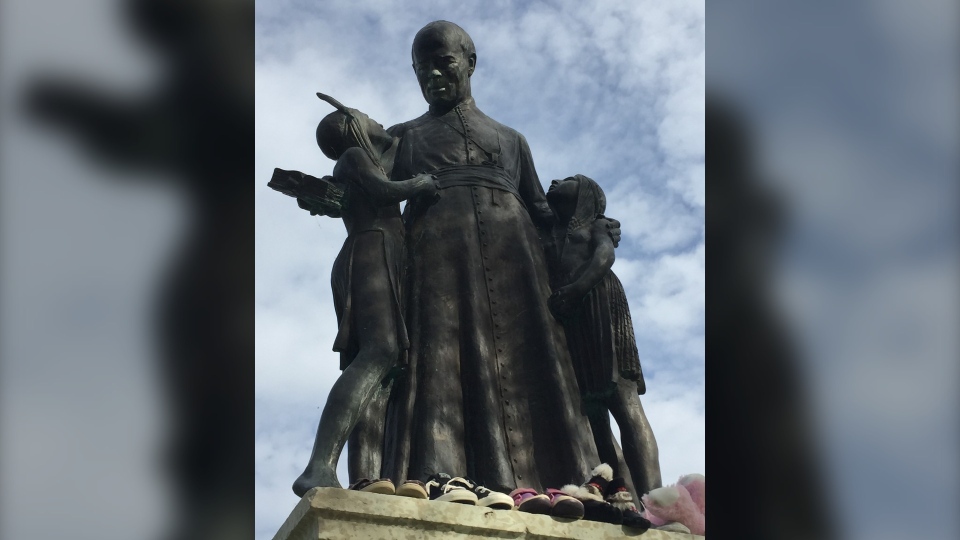 “I did not want to leave the camp because the children still need to be found,” said Andreas.

Archbishop of Regina Donald Bolen said the Archdiocese of Regina didn’t run into any opposition when it came to removing the statue.

“In the current climate and all the tensions of the present moment, this was a request that pretty straightforward and seemed to be a completely good request,” said Bolen.

The Federation of Sovereign Indigenous Nations (FSIN) and the Star Blanket Cree Nation had called on the Archdiocese of Regina to remove the statue.

“The statue must go. It is not appealing. It brings out emotions of pain, suffering, and angers out relatives that went through the residential school era,” Star Blanket Cree Nation Chief Michael Starr said in a June 11 press release.

On June 14, the Archdiocese of Regina confirmed it would remove the statue after consultation with the chief and council of Star Blanket First Nation, the local parish, council and mayor of Lebret.

The statue is now bring stored in the church, Bolen said there will be discussions on what to do with it permanently.

Andreas said the statue’s removal is a small victory, but there’s still work to be done.

“There’s so many children out there, we got to find them, we got to bring them home, we got to do ceremonies,” she said. “We got to heal.”