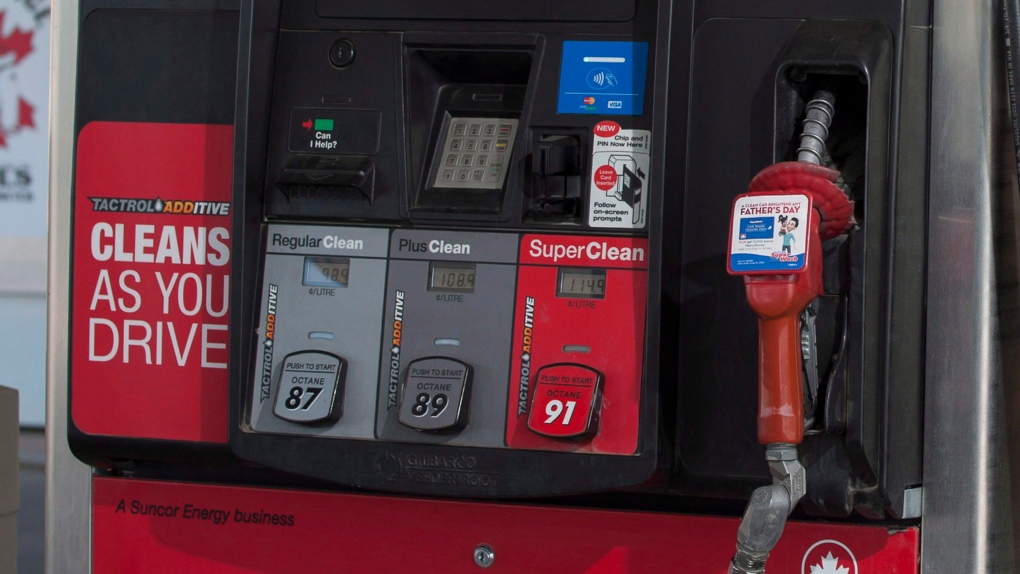 A gas pump is seen at a Petro-Canada in Regina, Saskatchewan, on Tuesday, May 19, 2015. (THE CANADIAN PRESS/Michael Bell)

A company spokeswoman said it will be a matter of days before fuel stocks are replenished after the refinery outage on May 27 led to significantly reduced production of diesel and particularly gasoline.

The company said supply disruptions from the Fort McMurray wildfire added to the shortages, which resulted in Petro-Canada stations from Winnipeg to the B.C. Interior showing zeros as the pumps ran dry.

Suncor starting bringing in extra fuel supplies by truck and rail to help ease the shortage that had at some points spread to Shell and other competing stations as well.

Gasbuddy.com analyst Dan McTeague said the partial shutdown of the 142,000-barrels-a-day Edmonton refinery came as two facilities in the U.S. Midwest were also shut down, leading to a spike in gas prices in parts of Western Canada.

Suncor says it continues to ramp up crude production in the Fort McMurray area following the wildfire and expects to return to normal rates by the end of June.