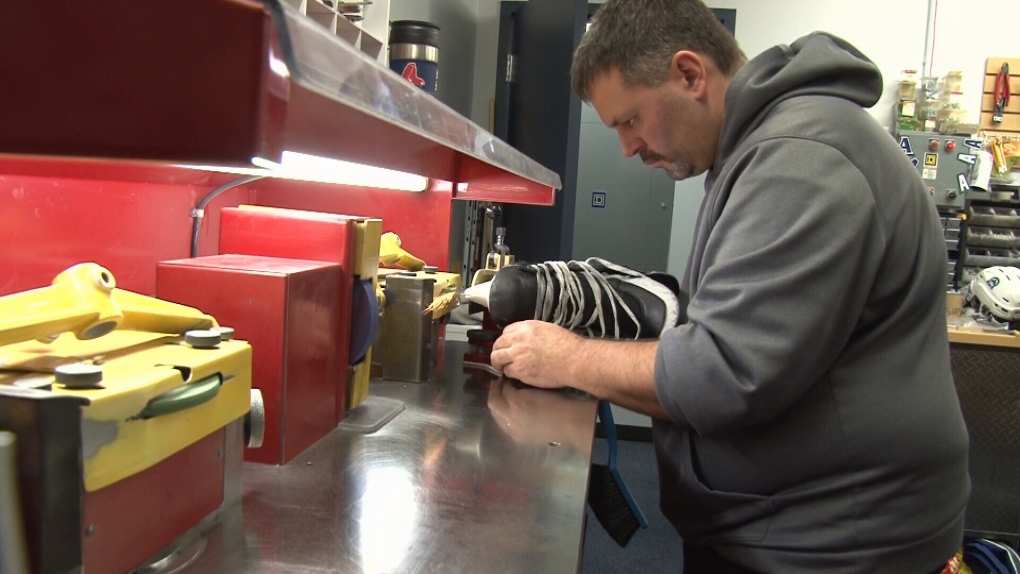 Jamie Leblanc sharpening a skate in this image from October 2016. Leblanc was released from his position as Head Athletic Trainer and Equipment Manager for the Swift Current Broncos on December 2, 2019.

REGINA -- The Swift Current Broncos announced they have released Head Athletic Trainer and Equipment Manager Jamie Leblanc due to a “Recent pattern of demeaning and derogatory comments, threatening behaviour and unprofessional conduct.”

The team tweeted the announcement on Monday morning.

The team said their goal is to announce a new Trainer and Equipment Manager in the coming days.

The Broncos said they will not be making any further comments because this is a personnel-related issue.

Leblanc had been with the team since 2001.