SWIFT CURRENT -- Six-year-old Emery Tynning is a carefree girl with a caring heart. She made and sold Christmas ornaments to raise more than $2,000 for the Jim Pattison Children’s Hospital in Saskatoon.

The hospital receives most of its funding from government, but also relies on donations to provide world-class health care to children in Saskatchewan.

Emery’s mother is incredibly proud of her daughter.

“We had a little bit of extra time on our hands this year with COVID, so she decided she wanted to raise funds for the children’s hospital, and decided she’d make some ornaments,” said Amy Tynning. 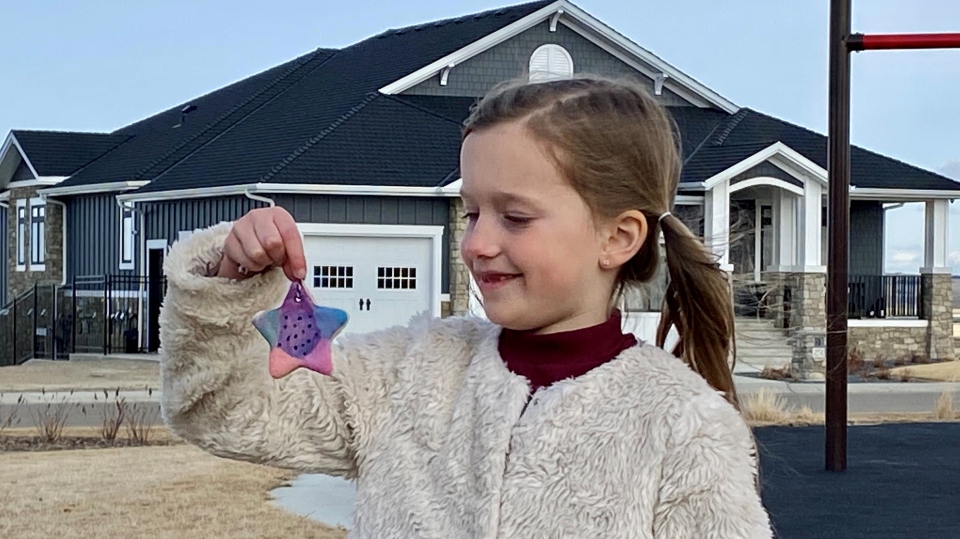 “She made over 60, which doesn’t sound like a lot, but she put in countless hours making the ornaments, painting them, making her little chart of who bought them and where it needed to be sent to,” added Amy.

The Tynning family has a history of supporting the Neo Natal Intensive Care Unit -- they’ve raised more than $20,000 so far. When twin boys Beau and Sutter were born, the NICU became a lifesaver.

“Well they had to go to the NICU for a couple of weeks,” said Emery. “It was really hard for me and my family.”

“Honestly, they probably wouldn’t be here,” added Amy. “So it’s a pretty important thing for my family, and so many other families.”

Emery and her family are thankful for the children’s hospital and plan to continue supporting it in the future.

“It shows no matter how old you are, how talented you are, you can make a difference,” said Amy.