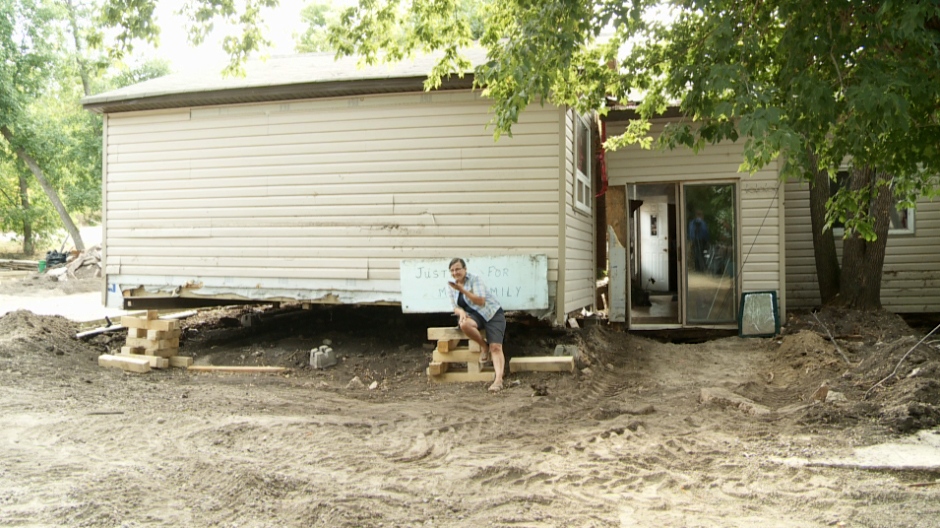 Elaine Ashfield poses in front of her cabin at Crooked Lake, Sask.

Tensions between the Sakimay First Nation and cabin owners at Crooked Lake continued this week as time ran out for cabin owners to vacate the first nation owned land.

The first nation terminated the leases of about 30 cabin owners at the end of July, giving them until Thursday to return the land their cabins sit on to its ‘natural state’.

Elaine Ashfield and her family were one of several families who elected to move their cabins off the property instead of tearing them down. They were told they had until 5 p.m. on Thursday to complete the process.

Ashfield says when the move wasn’t completed by 5 p.m., representatives from the first nation called the police. After several hours, the two parties were able to work out an agreement that will see the building moved on Monday.

Ashfield says they plan to move the buildings to a nearby farm for now, but aren’t sure what they’ll do with them in the long term.