'The most hurtful feeling ever:' Regina Lebanese family shocked by Beirut explosion

REGINA -- Regina residents Houda and Kamal Hammoud say they were shocked when they learned of the explosion in Beirut on Tuesday.

The Lebanese family moved to Canada ten years ago, but still have family living in Beirut.

"It was shocking, it was sad, we were about to cry," said Houda.

Added Kamal, "This explosion happened in Beirut, but it has happened in our hearts, our Lebanese people here and outside of Lebanon. We didn’t sleep yesterday."

On Tuesday, tons of ammonium nitrate stored in Beirut’s port exploded. Beirut is the capital of Lebanon.

The disaster has sent shockwaves around the world. 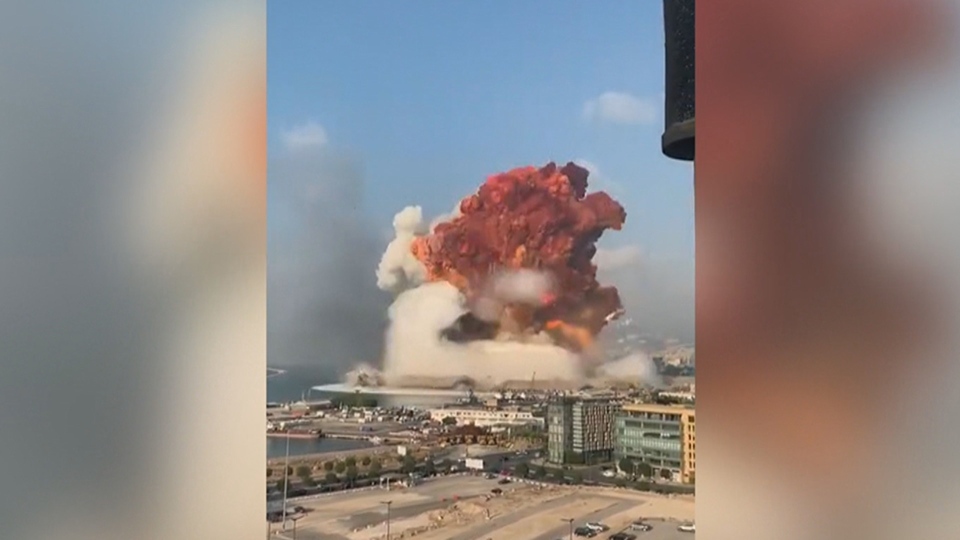 Back home, Hammoud said it was a relief when they found out their loved ones were OK.

"My aunt and my grandma were in the elevator and they felt it shake, so they really felt what happened, even though they were miles away from where the location was," Houda said. "One of my other family members, they were in the car and her son actually flew out of the car."

The explosion levelled Beirut’s port and destroyed buildings kilometres away.

Houda said she’s walked the area where the explosion happened hundreds of times.

"Beirut is known for its city life and its tourism,” she said. “To know that the most beautiful place in your country has been destroyed is just the most hurtful feeling ever.”

Kamal added, "This city, Beirut, is the most beautiful city in all of the world."

It will take years for the country to rebuild from the damage done by the explosion. Houda hopes this disaster will band Lebanon together to rebuild and improve the country.

"We can use this to help us to wake us up and help us do better, rather than just put it as another way Lebanon is declining," she said.