REGINA -- Barb Ryan can't remember the exact moment she knew her son and current Saskatchewan Roughrider, Jon, was something special on the football field.

"I think right from the moment he was born, actually," she said with a laugh. "I thought all my kids were just amazing. He always stood out when he played sports, he was always one of the better kids on the team." 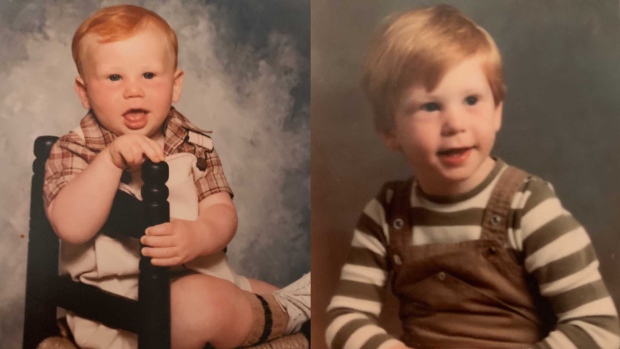 Jon, the third of Barb and Bob Ryan's four children and the oldest boy, had an incredible work ethic from a young age. Before starting in sports, Barb said he would spend hours outside with a hammer and nails, building in the backyard.

"He just had an attention span that was unreal and he just never tired of working," she said. 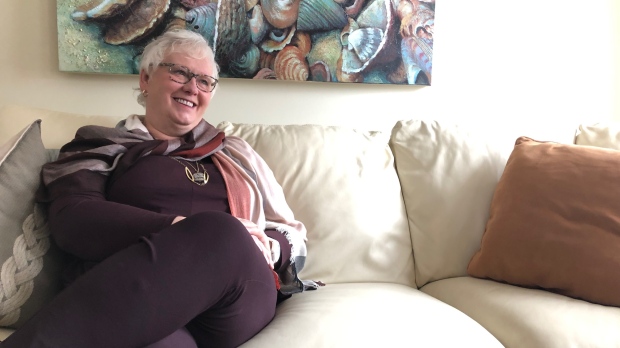 His interest in sports sparked around the age of seven. Barb signed him up for tackle football. The rest of the kids were 10, but she said Jon kept up with the team.

At home, Jon spent his days playing with the neighbourhood kids, his brother and on his own.

"They'd all play for a while and then they'd get bored and go in, and then it was just him and his brother playing catch, and then his brother would get bored after four hours and he'd come in, and then Jon was just left with a football," Barb said. "So, he had to punt it. That was all he could do, so that's how he started punting." 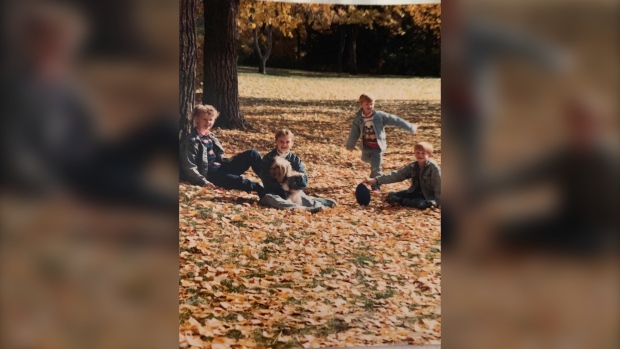 "He really liked it. He'd go to the playground and punt for hours."

The Ryan's front yard was soon filled with sports equipment: a hockey net, a basketball hoop and a custom net for Jon to practice his punting. That punting net is still there. 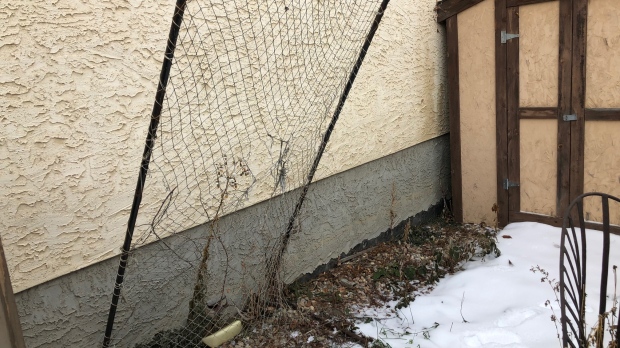 Barb and Bob were dedicated to investing in their kids playing time. Bob was at every one of Jon's and his brother's practices. Barb came out to watch their games.

Jon's sports skill was beyond just football, although that's where he would find the most sustained success. He played baseball, lacrosse and hockey, even landing a tryout with the WHL's Brandon Wheat Kings. After he was cut from that team, Barb said he honed in on football.

"He really liked football and he had wanted to play on the Sheldon Williams [high school] team," she explained. 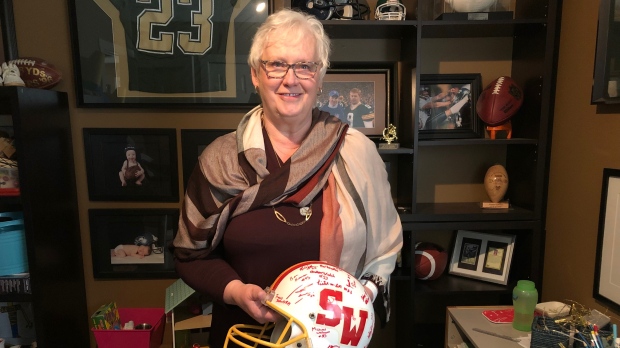 Jon turned a lot of heads on the field, even scoring the winning touchdown to win the city championships in 1999. In the end, he decided to play for his hometown Regina Rams — where he was a punter, receiver and a kicker.

"I think he went to university to play football," Barb said. "He didn't really love school, but he enjoyed that part of it."

The Winnipeg Blue Bombers drafted Jon in 2004. Barb said the family was gathered in the basement in their Regina home, waiting through a few rounds before seeing Jon's name on the screen.

"We'll be forever grateful to Winnipeg for picking him," she said. "We were ecstatic." 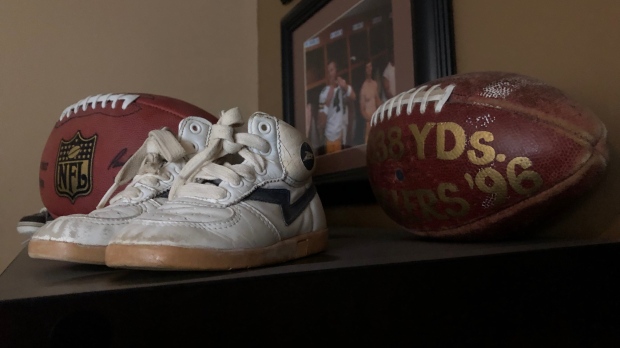 Soon after, Jon became the third player from Saskatchewan to ever make it to the NFL, signing with the Green Bay Packers in 2006.

"It was a good fit," Barb said of the community in Green Bay.

Jon would eventually win a Super Bowl with the Seattle Seahawks in 2013 — the first NFL player from Saskatchewan to take home the championship.

"That was probably the pinnacle of his career, that's for sure," Barb said.

Barb believes Jon's abilities come from natural talent, and a will to work hard. 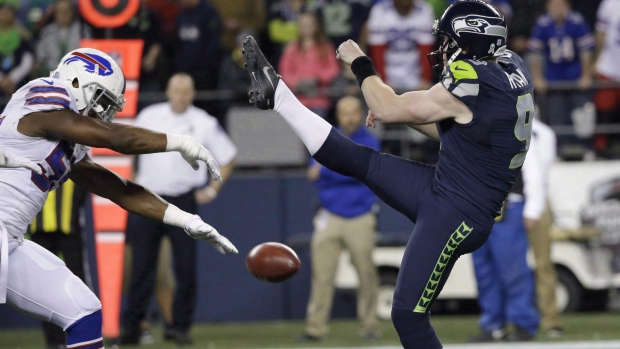 Seattle Seahawks punter Jon Ryan, right, has his punt blocked by Buffalo Bills outside linebacker Jerry Hughes, left, in the first half of an NFL football game, Monday, Nov. 7, 2016, in Seattle. (THE CANADIAN PRESS/AP Photo/Elaine Thompson)

"Bob probably wouldn't have given himself any credit for the athletic talent," Barb said. "There's a lot of good athletes in my family, so, I have to say, I think a lot of it came from my side. But, their side had a real concentration, and Jon says that's more important than the talent, really, is to just have that dedication that really gets you places."

She describes Jon as a football genius who always played a smart game — something he picked up from his father.

"It was the perfect gene pool," she said.

Even with his success in the U.S., Barb said Jon always had his sights set on playing for the Roughriders. "Perhaps that was always the ultimate goal to come back here when he was finished down there, to not really be finished and to still have a place to go where he'd be appreciated and have a good end of his career," she said of his decision to come back home.

Home to the Roughriders

Jon started going to Rider games with his dad and brother when he was seven years old. Barb said it was a culmination of a lifetime of goals when he hit the field in a Riders jersey for the team's home opener on Canada Day.

"It was pretty amazing," she said. "It was a mix of emotions, I was thinking of his dad and how proud he would have been. It was a great feeling. He looks good in green." 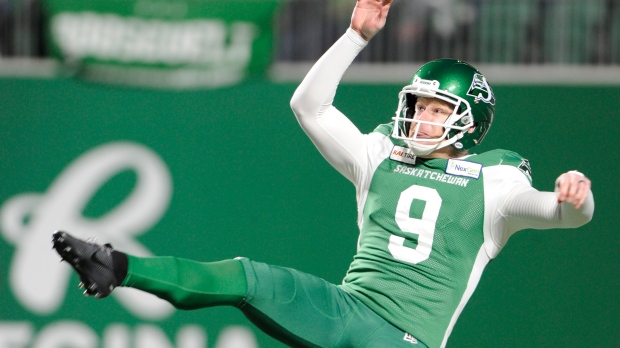 Saskatchewan Roughriders punter Jon Ryan follows through on a punt during second half CFL action against the Winnipeg Blue Bombers, in Regina on Saturday, Oct. 5, 2019. (THE CANADIAN PRESS/Mark Taylor)

Barb said a lot of memories flooded back watching him on the field.

Jon and his brother used to line up for hours to meet their favourite players and get their autographs. Now, the fans are lining up for him.

"The people have just accepted him in a really lovely way," she said.

Even with a Super Bowl ring, Barb says Jon has his heart set on bringing home the Grey Cup with the Roughriders. 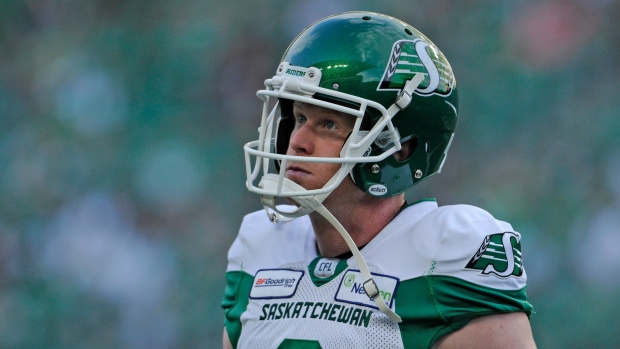 Saskatchewan Roughriders' Jon Ryan looks up into the stands after a punt during first half CFL pre-season action at Mosaic Stadium in Regina on Thursday, June 6, 2019. (THE CANADIAN PRESS/Mark Taylor)

"They would be the perfect ending to a lovely career," she said. "The Grey Cup is big for us here in our city. He's always lived here, he was born here, it's huge."

The Riders host the Winnipeg Blue Bombers in the Western Final on Sunday at 3:30 p.m.