'The possibilities are endless': YWCA asks city for $1M in funding for new healing lodge 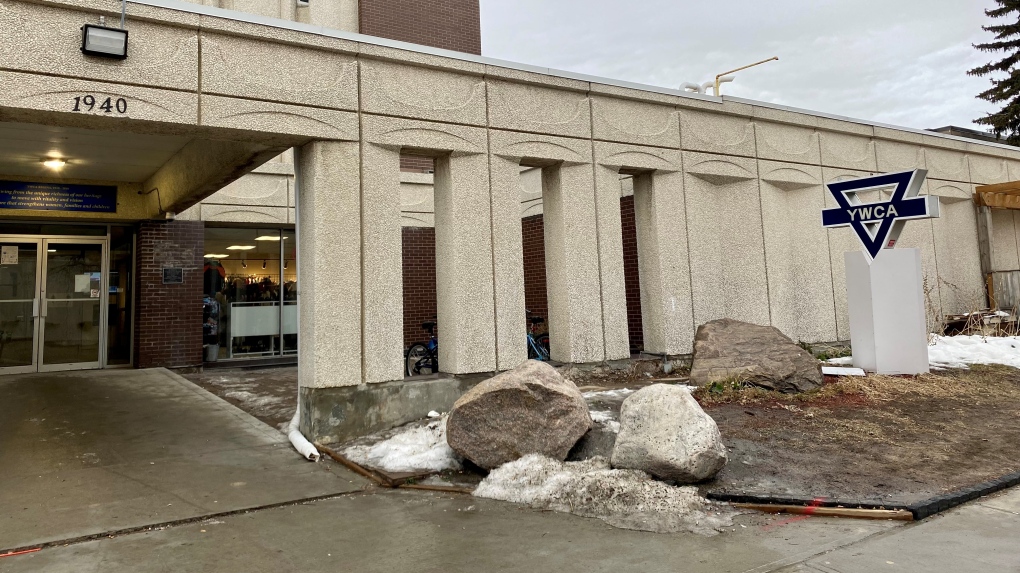 YWCA is asking for $4 million in Investing in Canada Infrastructure Program (ICIP) funds. If approved, the city would cover $1.07 million for new healing lodge with the rest coming from provincial and federal governments. (Gareth Dillistone/CTV News)
REGINA -

YWCA Regina is asking the City of Regina to contribute $1.07 million dollars to go towards a healing lodge and ceremonial space in its new building.

Melissa Coomber-Bendtsen, CEO of YWCA Regina, said 80 per cent of the women who the YWCA works with are Indigenous, so this space will be another step towards healing and reconciliation.

“The lodge peace of this really connects the work that we do on crisis services, outreach and some of the preventative programming that we have with healing. It’s an opportunity for folks, as they navigate homelessness and violence, to have an opportunity to engage in culture and ceremony and connect with elders in the community,” Coomber-Bendtsen said.

Coomber-Bendtsen said the hope is to have shovels in the ground for the new build by Spring 2022.

YWCA is asking for $4 million in Investing in Canada Infrastructure Program (ICIP) funds. If approved, the city would cover $1.07 million of that with the rest coming from provincial and federal governments.

The city has $132 million remaining in its ICIP funding.

The YWCA said the lodge would be at the centre of new facility with everything else built around it. It would be open to the community and would be open year round.

The lodge is being stewarded by All Nations Hope Network.

“Specifically by a group of matriarch elders in our community,” Coomber-Bendtsen said. “So access to traditional medicines, medicine practitioners as well as ceremony. Those will be hosted by All Nations Hope Network and elders in the community.”

The gathering space will be designed from Indigenous ways of knowing. It will be available for celebrations, one-on-one counselling services, teachings and more.

“The possibilities are endless,” Coomber-Bendtsen said.

Regina Mayor Sandra Masters said this would be a benefit to the city as a whole in helping women fleeing domestic violence.

“Ensuring they have not just a safe space to go and not be turned away - we know they are turning folks away - but also to have that healing components,” Masters said. “That partnership with All Nations Hope to lead the cultural healing process as well is vitally important as we look forward to trying to address some of those underlying issues.”

On Wednesday, Executive Committee voted in favour of recommending City Council approve the funding for the new healing lodge.