'The right response at the right time': How the PACT Unit is helping police manage mental health calls

REGINA -- Jessica Barre never knows what to expect when she heads out the door on a call — but when she arrives, she's ready to listen.

"(We) don't worry about mental health. We don't even really talk about ourselves that way," Barre explained. "We say, 'Hi, I'm Jess and I just want to help. Tell us what we can do and what's going on today.'" 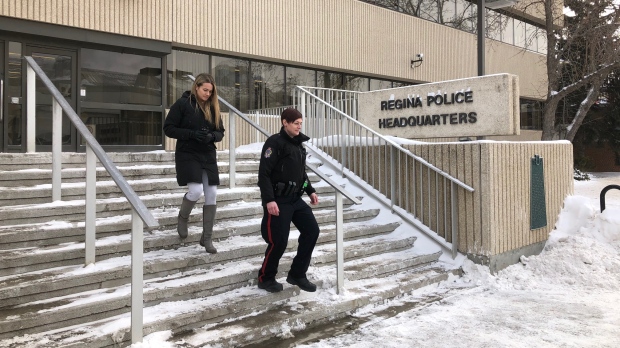 Barre is a mental health clinician with the Regina Police Service's Police and Crisis Team — a unit dedicated to providing mental health services to the community.

"Mental health is a large component of our calls for service and there's an increased need for officers who have skill set and training when it comes to mental health," said Sgt. Sheri Wild, who supervises PACT.

The PACT Unit consists of two mental health clinicians, two officers and one sergeant. The clinicians are paired with an officer and work a 12-hour shift from 8 a.m. to 8 p.m. The pairings help with assessing and coordinating treatment for people who are experiencing a mental health crisis.

The unit launched in September 2015 with one officer and one clinician. It doubled in size in 2017 with the addition of a second officer and clinician. 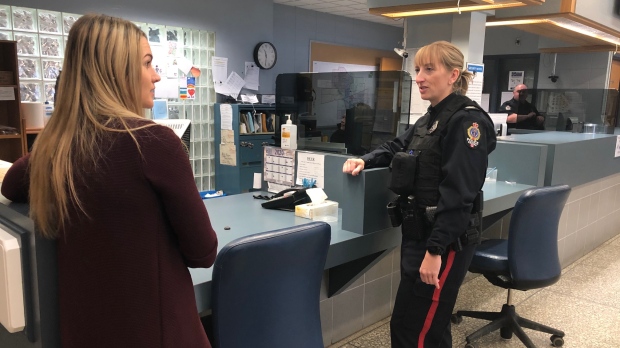 "The PACT Unit can spend a lot more time on these calls, whereas patrol has to get going," Barre said. "When you have that time constraint out of the way, we don't have to make a decision in the next the five minutes, it really helps people feel heard and it helps with that relationship between community and police."

While all officers have some mental health training, officers working within PACT have the time and resources to learn the best ways to help people experiencing a mental health crisis.

"We have a lot of clients who maybe fall through the cracks who are experiencing mental illness, they have a referral to go to a doctor but they don't necessarily have the ability or the know-how how to get there," Wild added. "Often, PACT is dealing with people who need a little assistance and guidance on making those connections or those appointments for them. It really just helps them navigate the system much easier than to do it on their own." 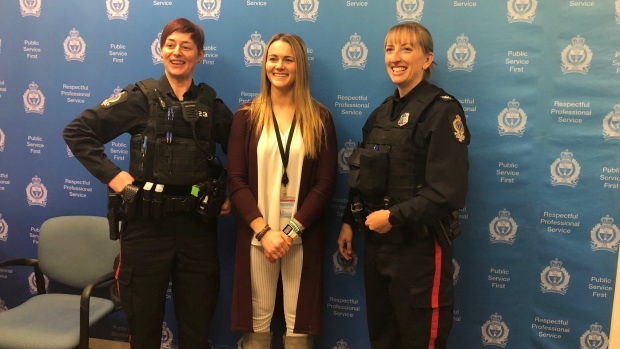 Const. Brandi Arnold is only a few days into her time on the PACT Unit and is looking forward to acquiring more tools for her policing toolkit.

"I've really kind of been involved and drawn to the proactive, community-based policing sections and I think that I see a lot of that in PACT," she said.

She was attracted to the unit after seeing an increase in mental health calls in her time with the Regina Police Service.

"In my experience, we're seeing an increase in calls for service that seem to involve some aspect of mental illness," Arnold said. "We find a lot of folks getting caught in the criminal justice system, which isn’t necessarily the place to be or the place where they're going to get the help that they need. So, we're really trying to divert those folks and get them they help that they need in the mental health services field."

She also says she appreciates being able to try a diverse range of positions within the force.

"There's no information that's bad information. So, anything that we learn because we're responding to such an eclectic array of calls for service, you never know exactly what you're walking in to," she said.

'The right response at the right time'

Barre has been with PACT since its inception in 2015. She says the most important part of the position is being able to help people at their most vulnerable.

"We have the right response at the right time," she said. "We have people in mental health crisis, but we often didn’t see them when I was in other positions in the health region, we didn’t see them at the addictions services or in the hospital maybe until several days or several months, sometimes several weeks, after the crisis. Now, you're there at the right time to give the right response and you can help with that de-escalation." 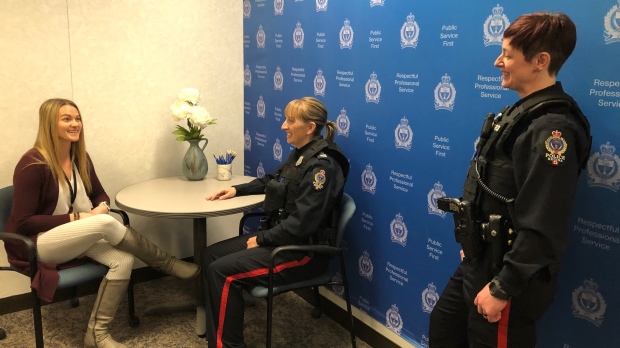 The clinicians are dressed in plain clothes and the officers are in uniform.

"We have an officer who wears a uniform for that transparency, because we don't want people to feel like they're being deceived, but on the other side, we want to make sure the officer, that person and the clinician are safe as well," Barre said. "We have a variety of responses in the sense that some people will feel safe and comfortable to talk to a police officer, so then we can get them to focus on that uniform."

"If they're really afraid of that uniform, if that has been a barrier to them in the past, if they've had negative experiences with the police in the past, focus on the (clinician), because I'm just plain clothes."

She says every situation is different, and the PACT pairings must adapt to the situation in order to offer the best care for their clients.

Learning beyond the PACT Unit

Barre estimates she's worked with at least 15 different officers since PACT launched nearly five years ago. With experience levels ranging from a few years on the force to 15-year veterans, she's been able to send them all back to patrol with new resources, assessment tools and interview approaches when working within the community.

"People are really open to engaging and learning something new," Barre said.

The clinicians also offer training to the entire force, not just the officers working within their unit.

By the numbers: How PACT is helping

PACT receives 140 to 190 calls each month from patrol members, detention cells, the front desk, concerned family members and community partners. In 2018, its members had 1,537 interactions with the public — up from 2017, when there were 1,006 interactions.

The unit referred 367 clients to mental health services and 167 to other agencies in 2018.

In 2019, police say PACT was involved in 1,783 cases. Last year, 380 people were referred to mental health services, 67 were taken to hospital, 154 were diverted from the emergency room and 44 diverted arrest as a result of PACT's involvement.

"We're really trying to focus on getting those people engaged, housed, properly cared for and have supports in place to help them for their day-to-day lives so that they're not another call for service, another stay in detention facilities," Wild said. "The need has increased to try and guide those people and keep them on the right path."

The unit has doubled in size since it first began. Wild and the rest of the team hope to see that growth continue.

"If we had more resources, we could double what we're trying to do," she said.

If you or someone you know is in crisis, here are some resources that are available.

If you need immediate assistance call 911 or go to the nearest hospital.