The colony was located on Peepeekisis, located about 100 kilometres east of Regina, from its inception in 1898 until it concluded in the 1940s.

The File Hills Colony was created by William Morris Graham, who was the Indian agent in the area during the time. Indian agents were the Government of Canada’s representatives on reserves, and were present in the communities to implement government policy and enforced the Indian Act.

Cheyanne Desnomie, an Indigenous research specialist who is from Peepeekisis Cree Nation, has been studying the colony for years.

Desnomie said the students who were selected were the “cream of the crop.”

Once chosen, the colony members were forced to work on a community farm which was located on what is now called Peepeekisis Cree Nation. They were not permitted to return to their home communities where they had originally lived before attending residential school, where most of their families were still living. 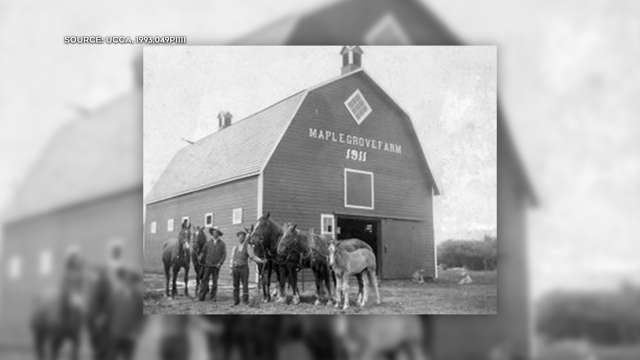 A barn and horse team on Maple Grove Farm, File Hills Colony, belonging to a graduate of an industrial school. (Source: United Church of Canada Archives)

“It was to help keep them from regressing back to the ‘savage way of life’ if you want to put it like that,” Desnomie said, explaining why Graham started the colony.

She said nearly every aspect of the colony members’ lives were monitored by Graham: women took part in sewing circles, there was a brass band of members and a major part of it was farming.

“It was working the fields, looking after cattle and trying to sell grain,” she explained. “If you wanted to sell anything that you had produced, you had to talk to the Indian agent first, and then he would grant you a pass which would say whether or not you were allowed to leave the reserve.”

She said any money received for the products would go directly back to Graham.

“Then he would disperse it, or not disperse it, to the people who had done the farming,” she added. “Everything was very, very regimented.”

Desnomie said the colony is viewed as an experiment.

“[Graham] was a very ambitious man and so a lot of it was about trying to further his own career,” she said. “The File Hills Colony was his way of showing how he could control the Indians at the time.”

She said it was about showing how the Indigenous community could be self sufficient and not have to rely on the government.

“It was a lot of puppetry, a lot of climbing on the backs of the Indigenous population at the time, for him to rise up the ladder essentially,” she explained.

Members of the colony were also set up in arranged marriages to start families.

“Sometimes you had people who were being transferred into the Peepeekisis reserve and they were told upon transfer ‘oh, I have a wife waiting for you,’” Desnomie said. “They had sometimes never even met until their wedding day.”

Greg Brass attended the File Hills Indian Residential School from 1946 until it closed in 1949. It was one of several schools that fed into the File Hills Colony.

Brass’ family members never worked on the colony but said his father farmed nearby, sometimes alongside colony members. He remembers hearing stories from the colony. 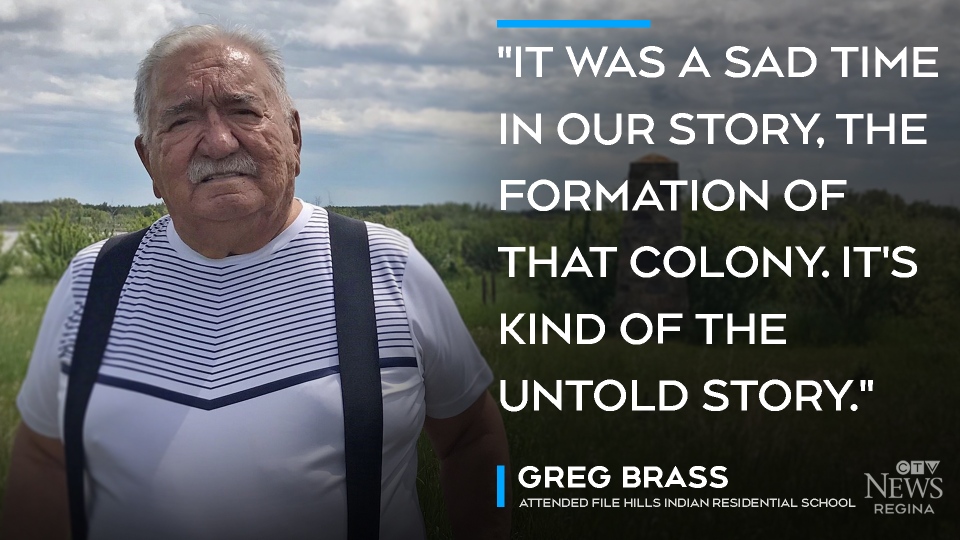 “It was kind of like grade two of a residential school,” he said. “It was a sad time in our story, the formation of that colony. It’s kind of the untold story.”

He said those working on the colony farm were still controlled by the Indian agent.

“The farm did wonderfully. It produced a lot of grain and was resented by people off the reserve for doing too well,” Brass explained. “But where did the money go? It didn’t benefit the reserve, meaning the people on it. They had a job, I guess, at least very seasonally. But you were still under the thumb, very very much, of an Indian agent.”

Roughly 40 years after its start, the experiment fell apart.

Desnomie said its failure was brought on by a number of things, including economic hardships in the '40s and conflict with Indigenous and non-Indigenous farmers.

Graham was forced to retire following scandals in his career.

“Without him overseeing it all, everything slowly eventually fell down to the wayside,” she said. “There’s no official end date to the colony - it just sort of disintegrated. People stopped farming and it all just ended.”

The experiment is believed to be one-of-a-kind.

“I think the ultimate goal was to set up many of these communities down the line, but it obviously didn’t work,” Desnomie said. “This is a completely unique situation in Canada, in Saskatchewan for sure and even in North America.” 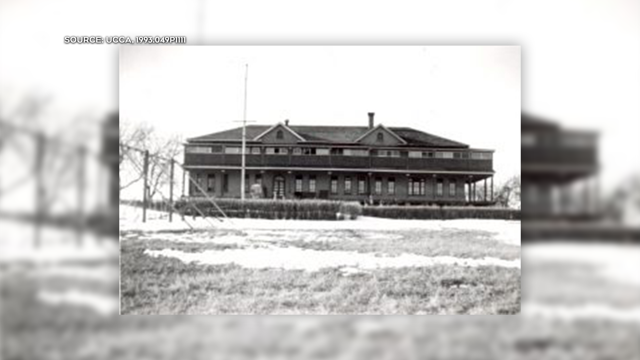 Decades after the colony experiment ended, people who are living on Peepeekisis Cree Nation say its effects are still felt.

At the time the colony started in 1898, there were already families living on the land. They were pushed to the side to make room for the colony placements.

That caused a divide between members in the community and it continued for decades. Desnomie said it’s sometimes still there today.

“People will call out whether you are an ‘original’ or you’re a ‘placement’,” Desnomie said. “You can see that with last names. People generally know which last names were brought in and which ones were there first.”

Allan Bird, who is now a headman on Peepeekisis, is a product of the experiment - his grandparents were both part of the colony. He has seen firsthand how it affected residents.

“Growing up in our time, we could see the hardships of not getting along with people. We were told by our parents and our grandparents ‘don’t talk to those people, or don’t get along with those people,’” he said.

But he’s seen it change over the years as the community works on coming together and healing from the past.

“The past caused the damage but it did bring us together and now we have to live together,” Bird said. “It is getting better. A lot of things are getting better and we do the best we can for our children.”

Desnomie also said people are healing from the divide slowly, saying a claim settlement in December has helped in the process.

Desnomie said in her experience, the colony is not something that is widely known across Canada, or even in Saskatchewan.

“Everyone’s always shocked to hear that this is something that happened, not just in Canada, but so close to home,” she said. “It’s not well known at all.”