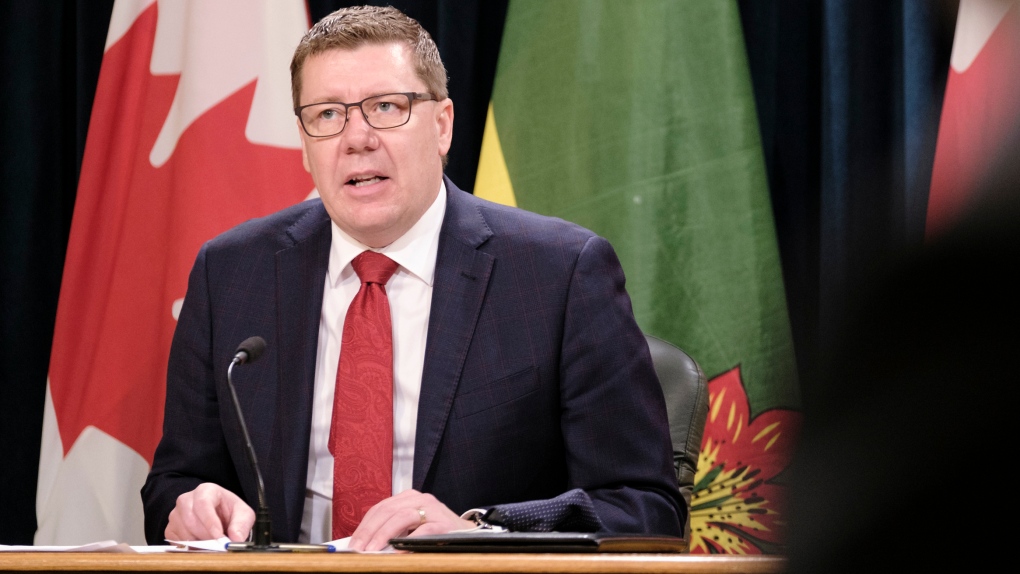 REGINA -- Saskatchewan Premier Scott Moe is looking for clarification from the federal government about how delayed shipments of the Pfizer COVID-19 vaccine will affect the province.

The Government of Canada announced a “temporary” delay in Pfizer-BioNTech vaccine shipments on Friday, due to the pharmaceutical company’s expansion plans at its European manufacturing facility.

Moe called the news “very concerning," in a Twitter thread on Friday morning.

“The federal government has advised Saskatchewan to expect 11,700 Pfizer doses a week throughout the month of February and we have been planning our vaccine rollout based on this schedule, including second dosages,” Moe said.

“If this has changed, they need to advise us immediately.”

The news this morning from the federal government that Pfizer shipments of vaccine will be slowed in the coming weeks is very concerning. 1/5https://t.co/RiBPK0DNxU

Speaking Friday, Canada’s Procurement Minister Anita Anand said the shipments will continue in the coming weeks but the amount of doses will be lessened.

“It is a temporary reduction, it's not a stoppage… We will make up those doses,” Anand said.

Moe said Health Minister Paul Merriman would be raising the “urgent matter” on a call with federal and provincial ministers on Friday morning.

Earlier this week, Moe admitted the province was off to a “sluggish” start getting vaccines into the arms of Saskatchewan residents, but expressed confidence that timelines will still be met.

“I have a degree of confidence in the Saskatchewan Health Authority, that they'll be able to meet the [timelines] and deliver the vaccines that we have delivered to us over the course of the first quarter of this year,” Moe said on Tuesday.

However, on Friday the premier said the province’s vaccine distribution plans are dependent on a “reliable” supply from the federal government.

“Saskatchewan has been able to increase our pace of vaccinations in recent days, but our planning is based on the federal government providing a reliable weekly supply of vaccines,” Moe said.

Canada was planning on receiving between 124,800 and 366,600 Pfizer doses every week between now and the end of February, as part of the plan to have six million doses total from Pfizer and Moderna by the end of March.

“Pfizer believes that by the end of March we will be able to catch up, such that we will be on track with the total committed doses for Q1. This is unfortunate, however such delays and issues are to be expected when global supply chains are stretched well beyond their limits,” Anand said.

In another tweet, Moe said the province hopes to have clarification from the federal government about vaccine shipment numbers soon.

While these numbers are encouraging, today’s announcement of a Pfizer vaccine delay may affect our vaccine numbers in the immediate future. We hope to have clarification from the federal government on our vaccine shipment numbers soon. 3/4