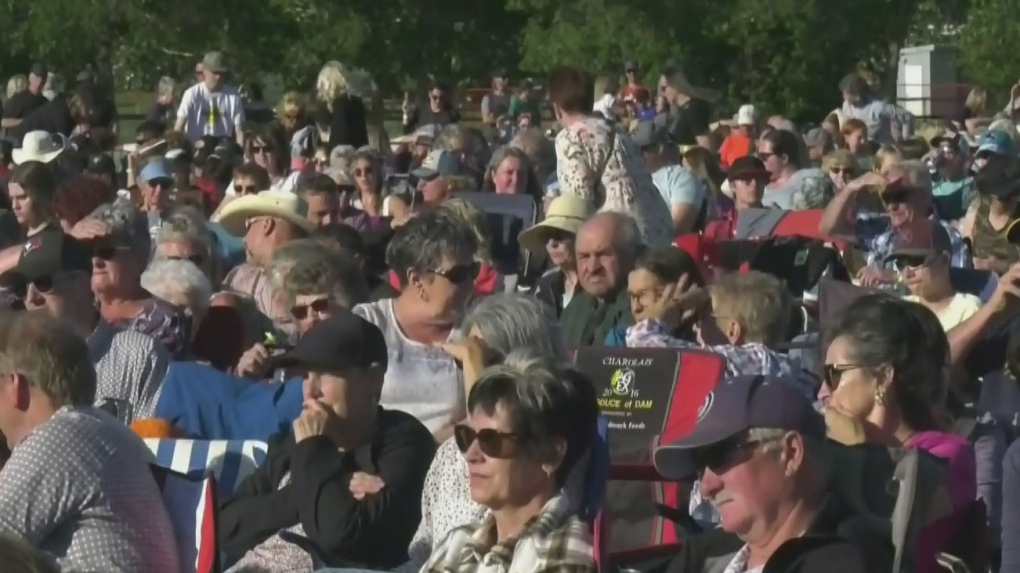 Thousands of people turned out to say thank you to the Weyburn Young Fellows on Saturday, a service club with only chapter in the world.

“We were founded in 1922 by a bunch of guys who missed the camaraderie of the war and they weren’t excited about joining one of the clubs where they had to send some of their fundraising money to a national chapter,” said Ryan Janke, one of the members.

The club has raised lots of money over the years and supports just about every cause in town.

“So far to date, we’re around $2.4 million donated back to the community. That’s all funds raised by our community,” said Chad Bailey, president of the club.

“We do so much great work. I think guys take a lot of pride in being in the club,” said member Duane Walkeden.

So it came as no surprised that 4,000 people turned out to say thank you as the Weyburn Young Fellows celebrated their 100th anniversary. It featured a showcase of local and southern Saskatchewan talent.

“I am so excited. This is my first hometown show in a really long time,” said country music performer, Tenille Arts.

“We’re Saskatchewan boys and so anytime we get to play in our home province is a joy. Weyburn has supported us very well,” said J.J. Hunter of the Hunter Brothers band. “The Young Fellows Club, they’re so involved in helping the community out and helping causes that are needed.”

The celebration was expected to raise thousands of dollars. The Young Fellows will pour the proceeds back into community causes as they have been doing for the past 100 years.

A new study has found that three drugs, including the antiparasitic ivermectin, had no significant effects in treating low oxygen levels or preventing ER visits, hospitalization or death due to COVID-19.