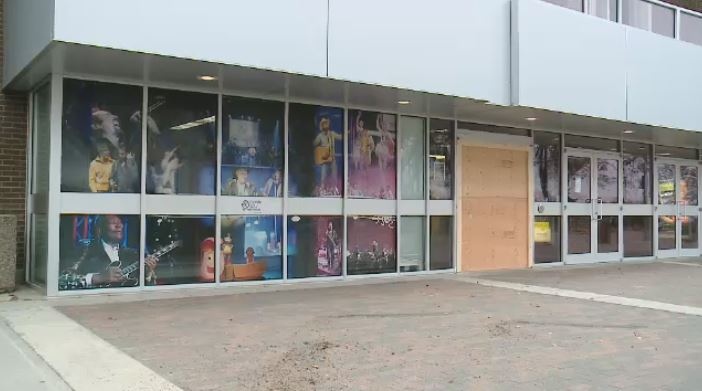 Thieves attempted to steal the ATM from the Conexus Arts Centre in Regina on Oct. 9, 2018.

Police are searching for two suspects after the attempted theft of the ATM in the Conexus Arts Centre.

Officers were called to the Conexus around 6: 45 a.m. on Tuesday morning for a report of a theft in process.

Investigators say the male suspect is about 40 to 50-years-old, around 6 feet tall, with a light complexion wearing black boots, black pants and a black jacket with blue inside the hood.

The woman is described as 25 to 30-years-old, with a dark complexion, long hair, wearing a grey toque, orange hooded winter jacket, light blue jeans and dark runners with white soles.

There is no description of the vehicle available.