'This is a lot of water': Several Regina roads flooded following heavy rain

According to the City of Regina, 50-60 mm of rain fell on Regina in 24 hours, flooding roads and forcing some to abandon their vehicles.

A van was stranded beneath the Albert Street underpass at Saskatchewan Drive on Friday morning after getting stuck in the water.

Fire crews responded to the scene and helped rescue one driver from the vehicle. No injuries were reported.

Regina Fire & Protective Services said if you see another vehicle stuck in water, take a different route, as it’s not worth the risk of driving through.

“We’ve deployed our water rescue team twice today already, and we’ve had several other calls where our crews have had to go and get people out of submerged vehicles,” Regina Fire & Protective Services Deputy Fire Chief Neil Sundeen said.

Sundeen added with flooded drains, its hard to tell what dangers might be under the water, so it’s important to be extra careful and try to keep kids away from the area.

The city said the Albert Street underpass has been a flooding concern since 1912, but with the amount of infrastructure in the area, it will take time before major changes are made.

“That process has actually started, we’re trying to figure out what is the best recourse to deal with the water at the underpasses,” Helene Henning-Hill, the City of Regina’s Operations Manager of Sewer & Drainage, said. 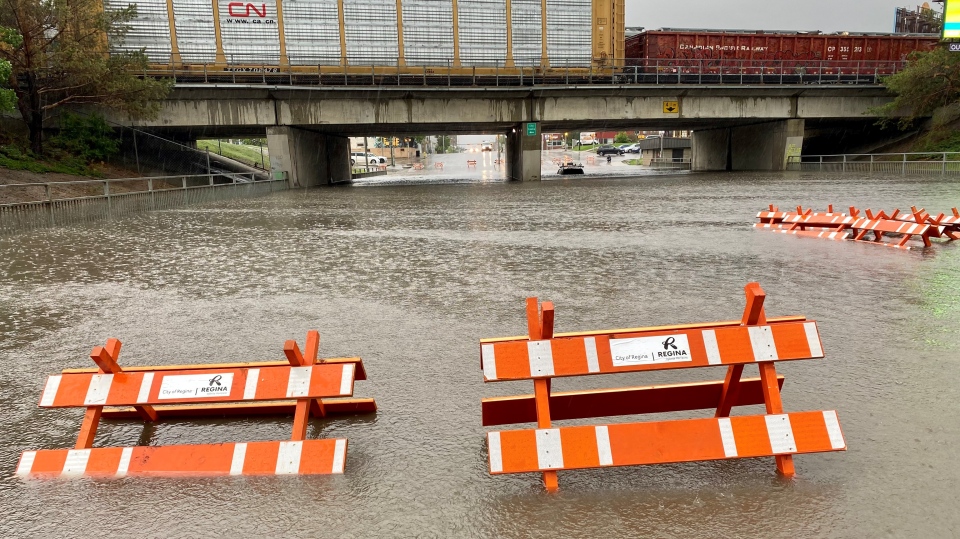 Crews responded to flooding calls all day long, but the city said its detention ponds and other storm control worked as expected.

“This is a lot of water to deal with both on the storm side and on the wastewater side, so the system is now starting to recede slightly, because the rain has stopped,” Henning-Hill said.

As water levels decreased on Friday afternoon, a second vehicle joined the van beneath the underpass. 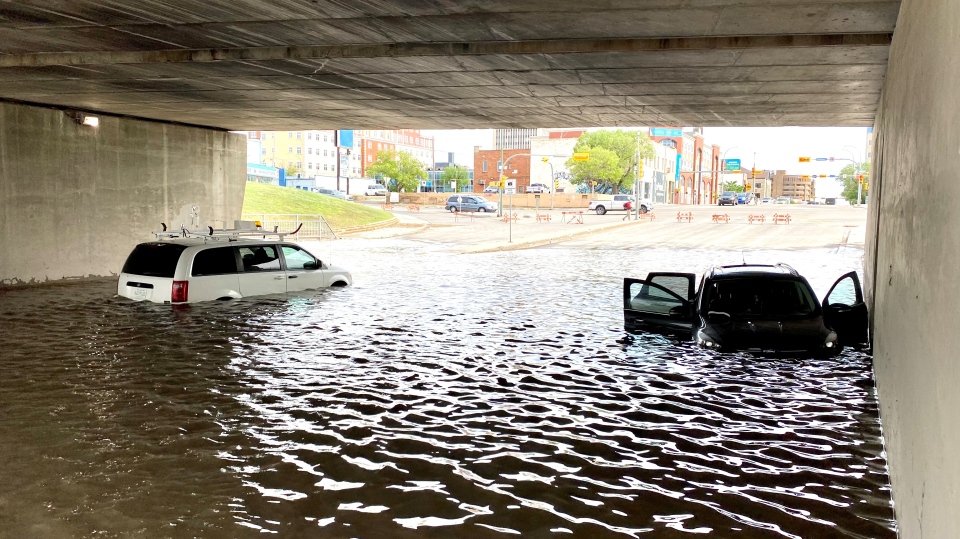 As of 4 p.m., the city said the wastewater and storm systems are back online.

Our wastewater & storm systems are back to normal. As the storm water flows into the drains we ask you to clear off the tops of storm drains making them ready for the next rain event. We expect to return to normal levels within 24 hrs. You no longer need to limit water use. #yqr 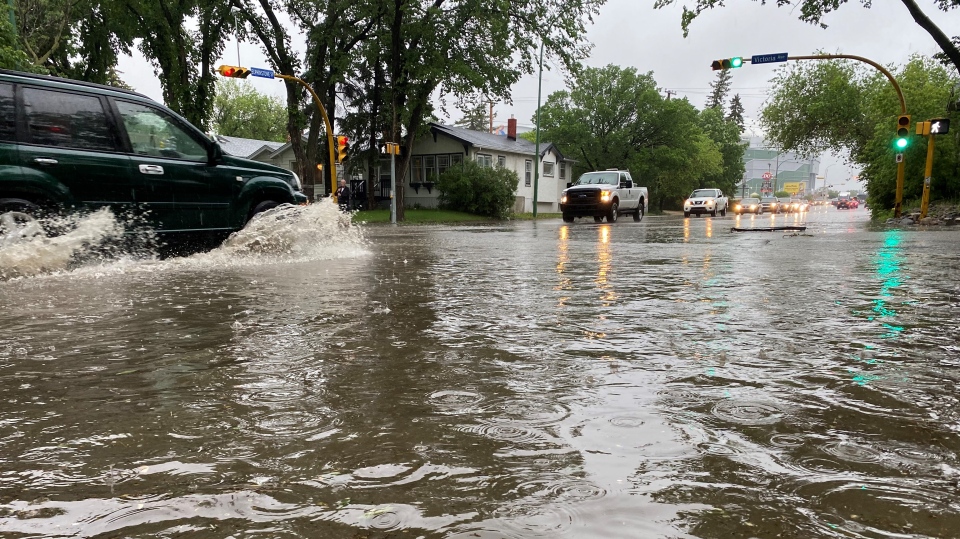 Cars driving through the intersection of Victoria Avenue and Elphinstone Street had to deal with several inches of water. (Gareth Dillistone/CTV News) 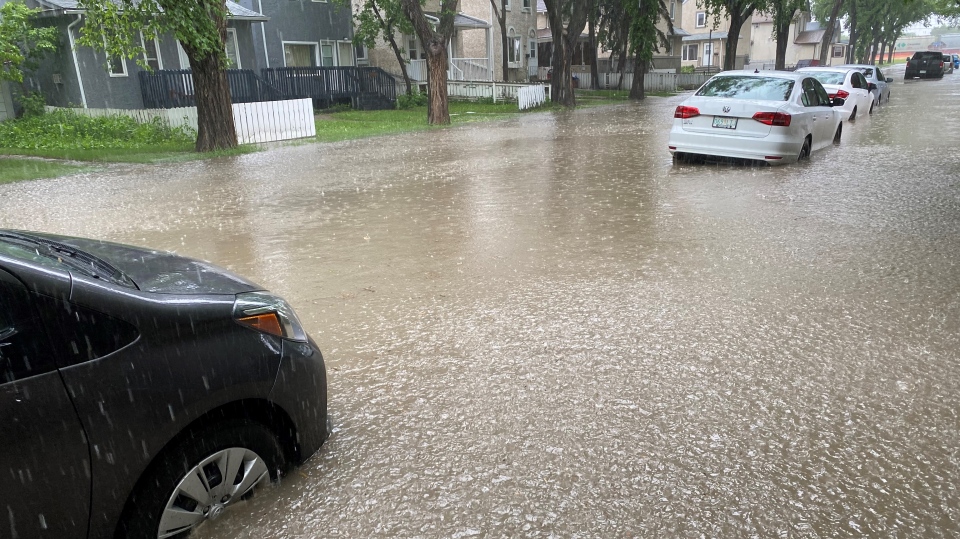 Residents on the 1900 block of Rae Street woke up to water levels rising past the sidewalk. (Gareth Dillistone/CTV News) 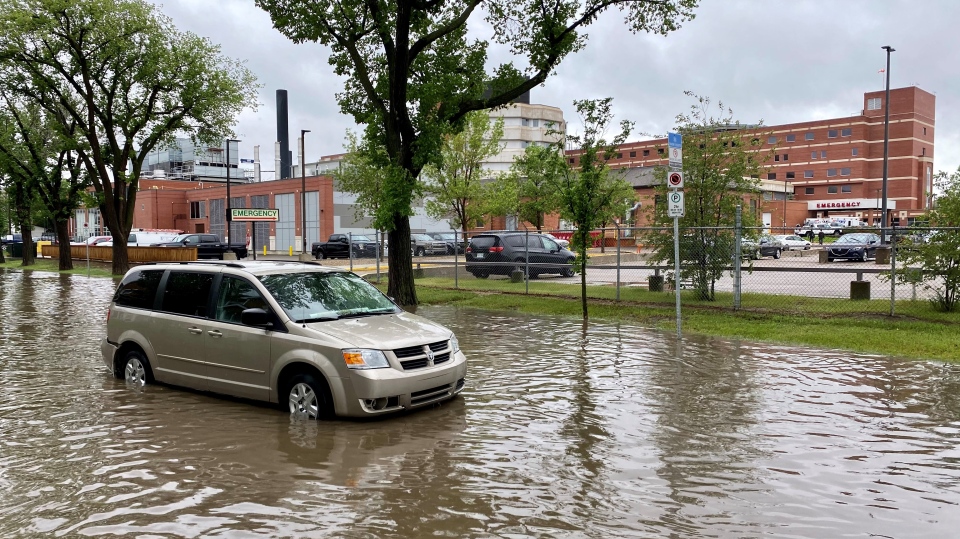 Toronto Street on the east side of the General hospital was also flooded. A waterlogged van was left in the middle of the road. (Gareth Dillistone/CTV News) 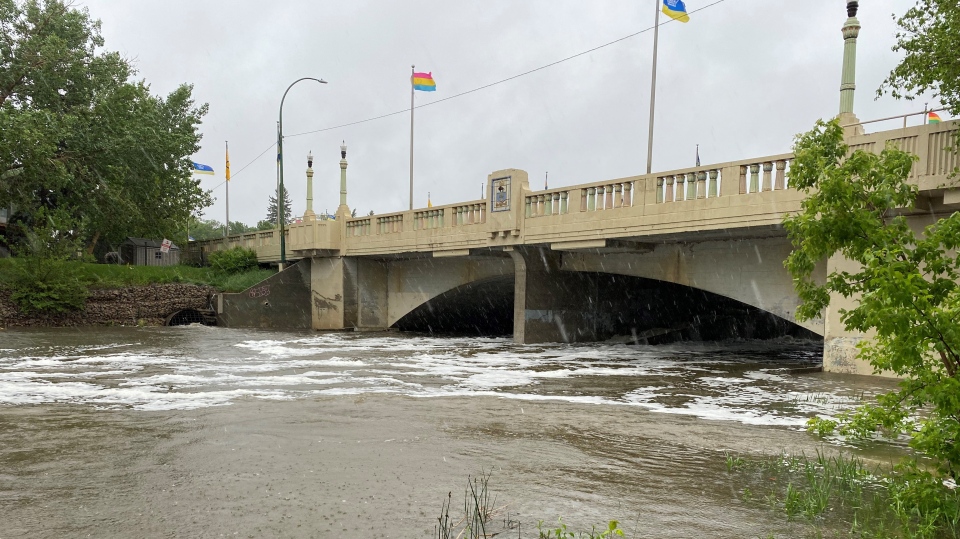 The water flowing into Wascana Creek under the Albert Street bridge was moving fast at a high level on Friday morning. (Gareth Dillistone/CTV News) 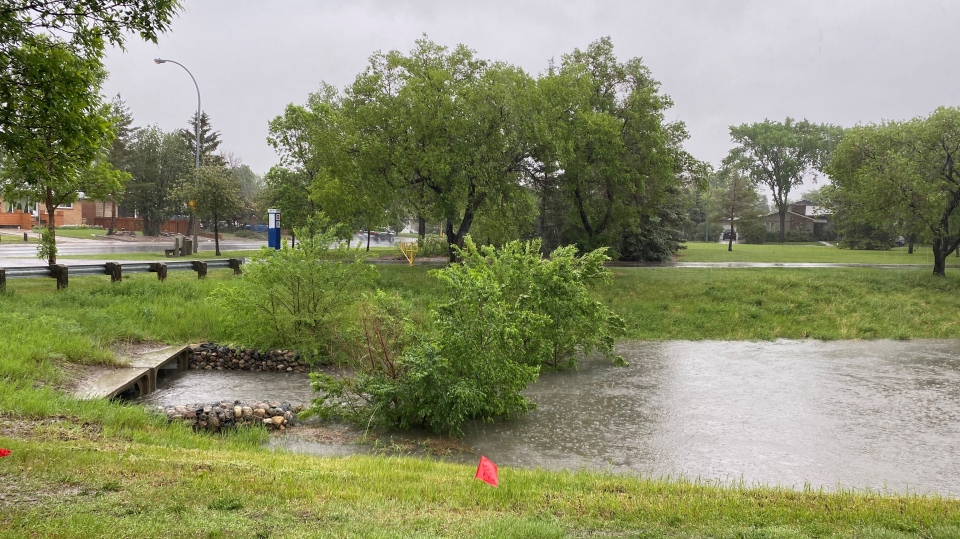