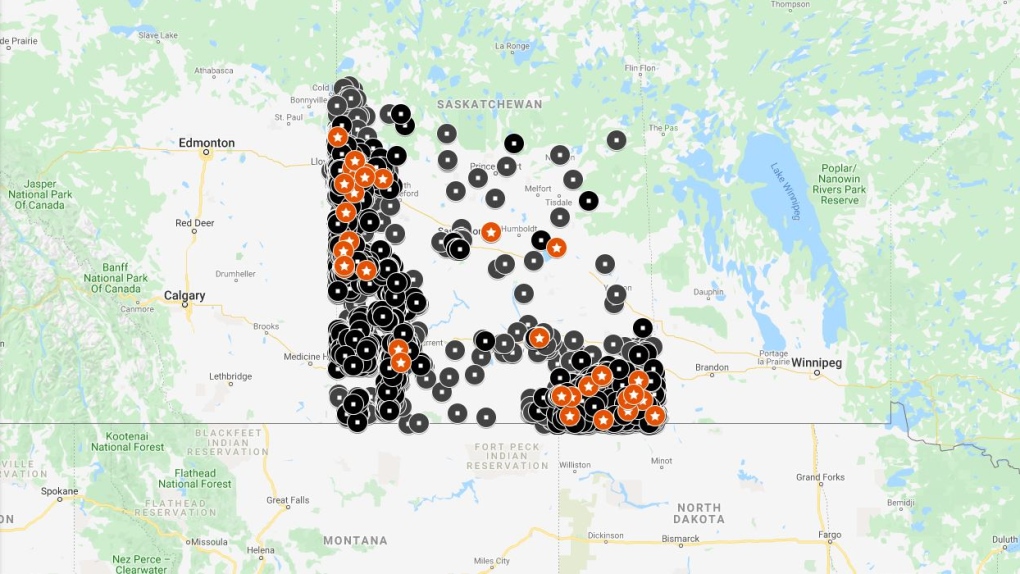 REGINA -- Information about thousands of oil and gas spills across Saskatchewan has been put into one convenient location by a group of researchers at the University of Regina.

Viewers can click on the map for information about spills in their communities, dating back to the year 2000. The data presented shows 18.9 billion litres of oil and other substances spilled in the province from 2000 to 2018.

“The spills map is all based on publicly available data. So anybody can see this data, it’s not secret, but the problem is people don’t know where to find it,” Patricia Elliott, one of the researchers involved in the project said.

She said it took around two years to finish analyzing and compiling the data.

The points on the map show the 14,958 spills that have occurred over the 18 year period. Spills involved bodies of water 578 times. Seventy-one per cent of the spilled substances were reported as recovered, which leaves 77 million litres behind in Saskatchewan soil and water.

"Energy and resources needs a little bit of time to look over the data, how it was interpreted, and just review that. Certainly the majority of the spills on that are seen on that map would be classified as minor or very minor. Just in terms of that data,” Minister of Energy and Resources Bronwyn Eyre said.

Elliott says she recognizes the importance of the oil and gas sector in Saskatchewan, but says this map visually shows the challenges the province is dealing with.

“Hopefully that awareness will lead to better control, out in the field of spills,” Elliott said. “Better monitoring more inspectors, I know the province really struggles with that.”

Elliott originally reported to CTV News Regina that the data showed 189 billion litres of oil and other substances spilled between 2000 and 2018.