REGINA -- Southwest Saskatchewan was the subject of several tornado warnings in place Saturday and several images on social media appear to show funnel clouds on the ground.

Environment Canada said on its website multiple reports of tornados were received between 4:30 and 5:00 p.m. along with reports from residents of softball-sized hail southwest of Glenbain.

Shane Engel was in the area Saturday and told CTV News he saw a tornado touchdown near Gravelbourg.

"We saw the tornado touchdown maybe 10 miles or less out of Gravelbourg," Engel described. "That's the first time I've ever seen a tornado in person."

"We could see it was slowly moving downwards and the point of it was getting closer and closer to the ground," Engel said. "All of a sudden a thin ribbon came out of it twisting towards the ground and we could see it make contact."

Engel said it stayed that way for about three minutes before it became what he described as a "wide funnel".

The storm damaged at least one home and several vehicles on a property near Meyronne, based on photos sent to CTV News. 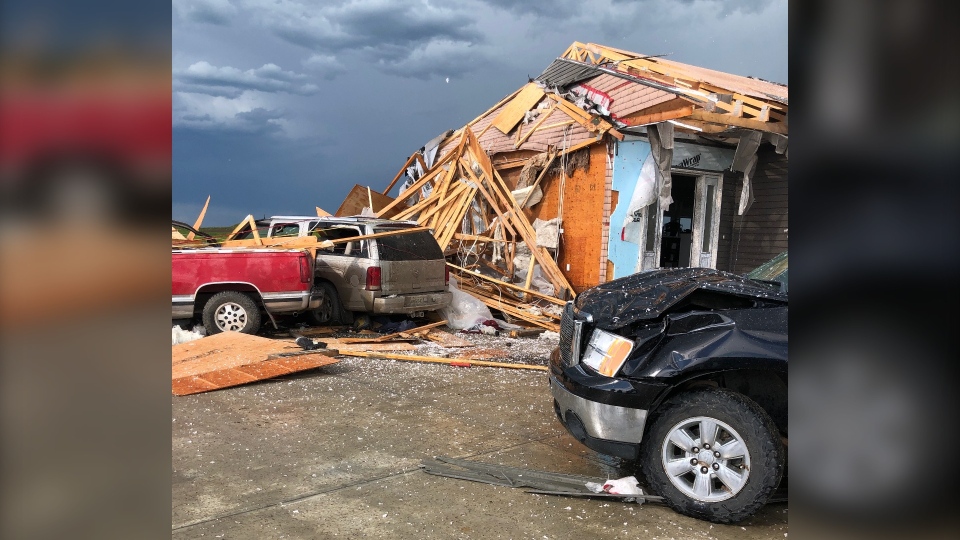 Another Tweet reports a second tornado located about 20 kilometres west of Lafleche.

Tornado warnings are issued when imminent or occurring thunderstorms have a high likelihood of producing tornadoes.