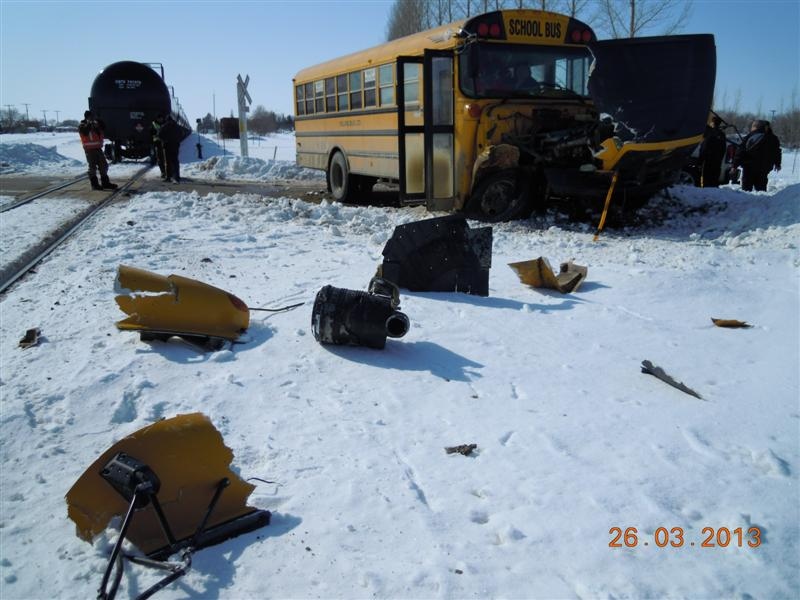 A car and a train collided in Carlyle on Tuesday. One student sustained minor injuries.

No one was seriously injured after a train hit a school bus in Carlyle.

The crash happened Tuesday afternoon at the railway crossing on Fourth Street East.

The impact of the collision spun the bus off the tracks.

RCMP say one of the seven children on board suffered a scraped led when she was knocked off her seat in the crash.

The 67-year-old male bus driver was also examined by EMS and then released.