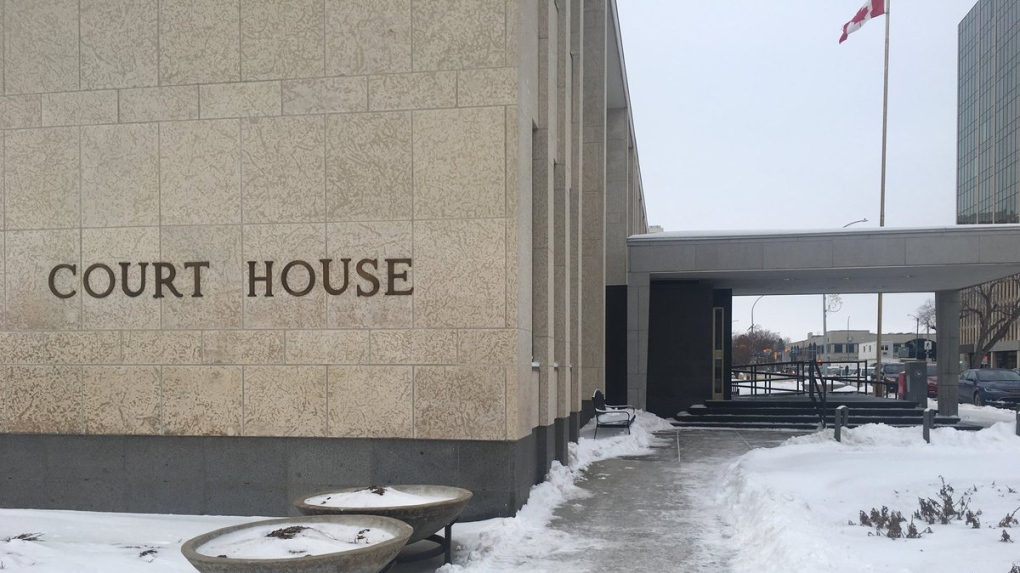 Warning: This story contains details of sexual assault some readers may find disturbing.

A Regina judge heard testimony from both the mother and other family members of the alleged victim in day two of Christopher Cameron Duke's sexual assault trial.

Any information about the victim and witnesses that would identify them is subject to a publication ban.

On Tuesday, the mother of the alleged victim was cross examined by defence lawyer Chris MacLeod.

During the examination, the mother recounted her experience hearing about the alleged sexual assault and described a confrontation with Duke.

The trial also heard testimony from another family member who allegedly witnessed the assault. The witness testified with support from a victim services aid from the Regina Police Service.

On the first day of the trial on Monday, Christopher Duke pleaded not guilty to a single count of sexual assault on a person under 16 years of age.

Court heard testimony from two Regina police officers who were a part of the initial investigation and also heard initial statements from the alleged victim’s mother.

The trial is expected to continue Wednesday, with the alleged victim taking the stand.

Death toll from Saturday's storm hits 10 across Ontario and Quebec

As the death toll related to the powerful storm that swept Ontario and Quebec on Saturday reached 10 on Monday, some of the hardest-hit communities were still working to take stock of the damage.

DEVELOPING | 'Too many children did not make it home': Anniversary of discovery at Canada's largest residential school

It's been a year since the announcement of the detection of unmarked graves at the site of what was once Canada's largest residential school – an announcement that for many Indigenous survivors was confirmation of what they already knew.

Walk out at trade meeting when Russia spoke 'not one-off,' says trade minister

The United States and four other nations that walked out of an Asia-Pacific Economic Cooperation group meeting in Bangkok over the weekend underlined their support Monday for host nation Thailand, saying their protest was aimed solely at Russia because of its invasion of Ukraine.

A theory that the recent outbreak of monkeypox may be tied to sexual activity has put the gay community in an unfortunate position, having fought back against previous and continued stigma around HIV and AIDS, an LGBTQ2+ centre director says.

Hydro Ottawa says the damage from Saturday's storm is "simply beyond comprehension", and is "significantly worse" than the 1998 ice storm and the tornadoes that hit the capital three years ago.

A hand surgeon testified Monday that Johnny Depp could not have lost the tip of his middle finger the way he told jurors it happened in his civil lawsuit against ex-wife Amber Heard.

An email encouraging members of the Canadian Armed Forces to consider contacting Habitat for Humanity if they can't find affordable housing is casting a spotlight on a growing challenge facing many military personnel and their families.

WHO says no urgent need for mass monkeypox vaccinations

The World Health Organization does not believe the monkeypox outbreak outside of Africa requires mass vaccinations as measures like good hygiene and safe sexual behavior will help control its spread, a senior official said on Monday.

A captured Russian soldier who pleaded guilty to killing a civilian was sentenced by a Ukrainian court Monday to life in prison -- the maximum -- amid signs the Kremlin may, in turn, put on trial some of the fighters who surrendered at Mariupol's steelworks.