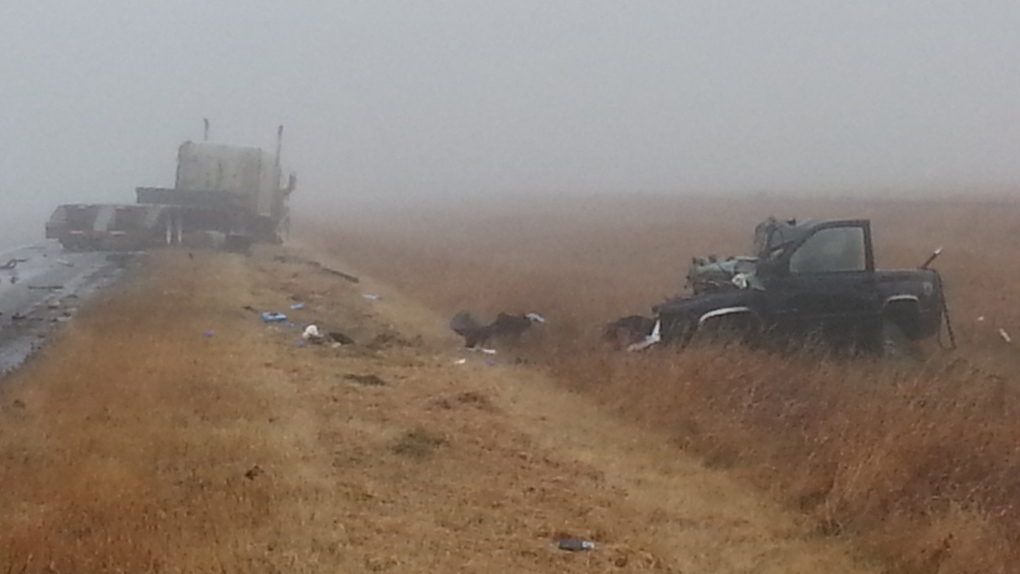 Two people are dead and three others in hospital following a head-on collision Tuesday morning near Sedley.

Two people are dead and three others in hospital after a head-on collision between a semi and a pickup truck southeast of Regina.

RCMP say it appears the pickup was trying to pass another vehicle at the time of the crash, which happened Tuesday morning on Highway 33, about five kilometres southeast of Sedley.

Two male occupants of the pickup died at the scene. No names have been released.

Another male and a female in the truck were taken to hospital, along with the male driver of the semi. The extent of their injuries isn’t known.

Highway 33 was closed near the scene for several hours while Mounties investigated.