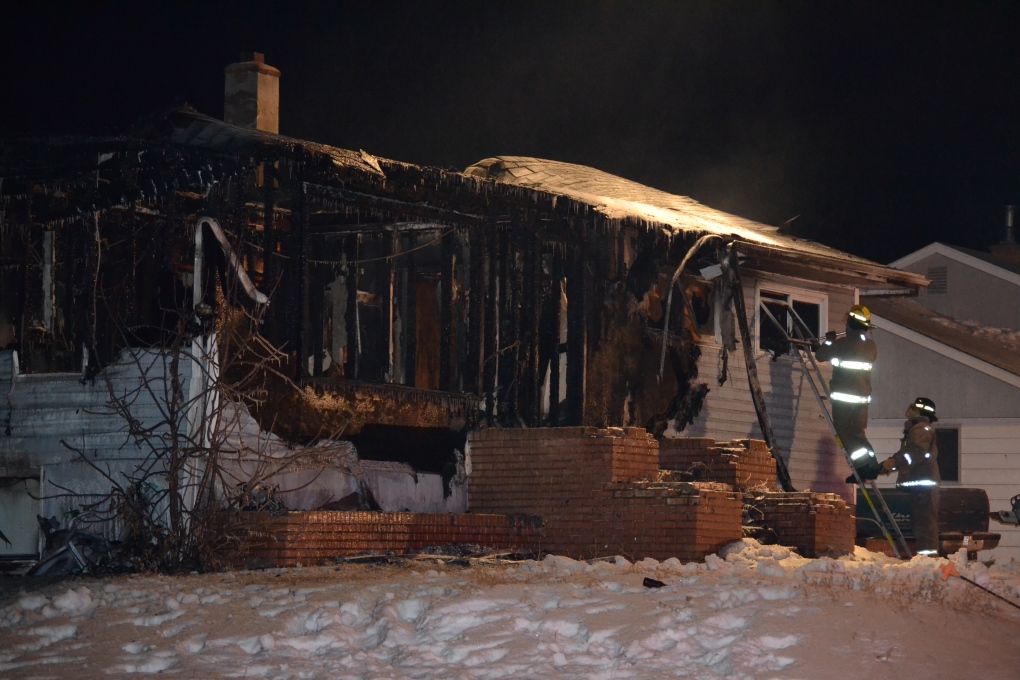 The bodies of two people were found after a house fire in Estevan early Tuesday morning. (Estevan Mercury)

Two people have been found dead after a house fire in Estevan.

Emergency crews were called to the 1000 block of Hillcrest Drive, where they found a home engulfed in flames early Tuesday morning.

The bodies of a man and a woman were discovered in the rubble of the house, Estevan police said in a news release.

Authorities are working to determine the identities of the two people who died.

The cause of the fire remains under investigation.