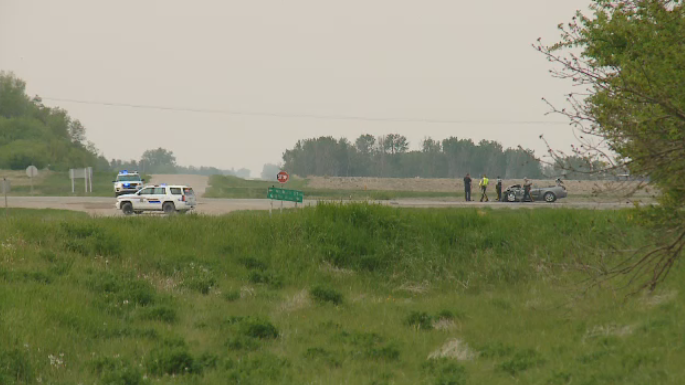 Two people are dead following a three-vehicle collision on highway 13, around 17 kilometres east of Weyburn.

RCMP, fire and EMS responded to the scene around 3:30 p.m. on Saturday.

According to police, two vehicles were heading east bound and another was heading west. There are not many details available about the collision, but one of the vehicles was engulfed in flames after the crash.

Two people are confirmed dead, and police are still trying to identify the occupants of one of the vehicle that caught fire. Police are not releasing the names of the deceased at this time.

Highway 13 was closed for several hours, but reopened around 12 a.m. on Sunday.