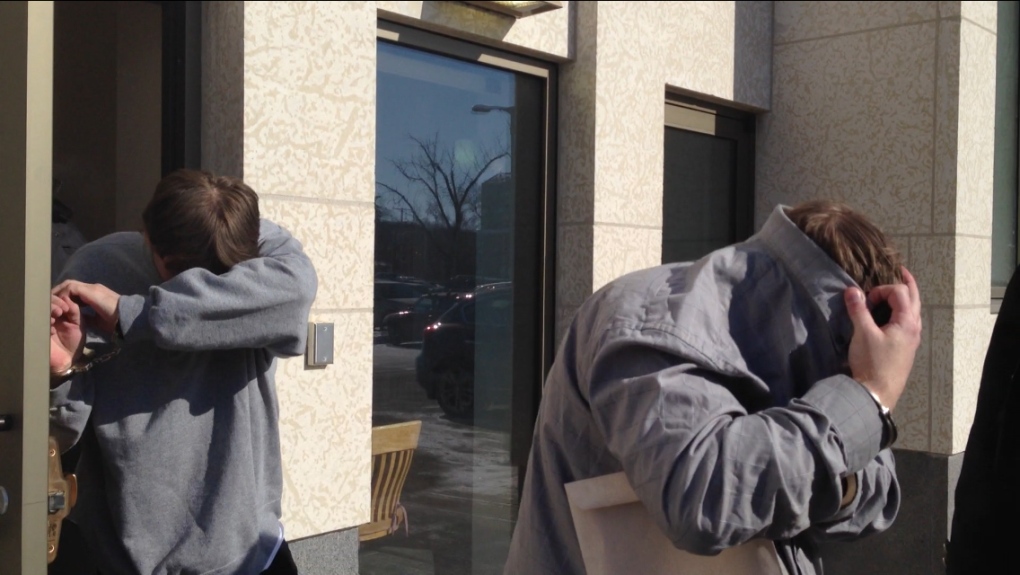 Calvin Klemenz and Thomas Matychuk are seen leaving Court of Queen's Bench in Regina on Friday.

A judge has sentenced two men to 12 years in prison for what she described as a “horrific” sexual assault against another man in Regina.

With credit for time already spent in custody, Calvin Klemenz and Thomas Matychuk will remain behind bars for about the next 10 years.

Both men hung their heads as Justice Catherine Dawson read the sentence Friday in Court of Queen’s Bench.

Klemenz, 39, and Matychuk, 35, were found guilty by a jury last fall of break, enter and commit aggravated sexual assault.

The court was told that in March 2012, the two men broke into the fenced compound of a paving company in north Regina.

The victim, who lived in a camper trailer inside the compound, was beaten, tied up and sexually assaulted with pens and the handle of a frying pan.

The victim suffered severe internal injuries from the attack, and had to undergo surgery that left him unable to work.

As part of the sentence, both men were ordered to register as sex offenders for 20 years.

A third person charged in the incident remains before the courts.