REGINA -- They say you should never meet your heroes, but Boston Schaan disagrees.

The 13-year-old Regina boy had the chance to meet his favourite NFL team, the San Francisco 49ers, ahead of their NFC Championship win last weekend.

"It was one of the coolest things that's ever happened to me," Boston said. "It was kind of unbelievable." 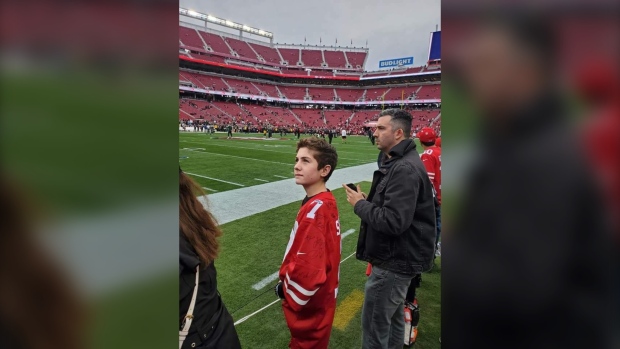 Boston and his family, parents Darren and Bernie and his brother Zach, made the trip to San Francisco last weekend, thanks to the Make-A-Wish Foundation.

Boston lives with cystic fibrosis, but his parents say he doesn't let that hold him back.

"We raised Boston not really knowing about cystic fibrosis until he was seven or eight years of age, because we didn't want him to think he was different than other kids," Bernie said. "We always had the mentality that Boston just had different needs. You're just doing what you're doing because this is what Boston needs. He's never been held back in his sports, he excels in all of his sports." 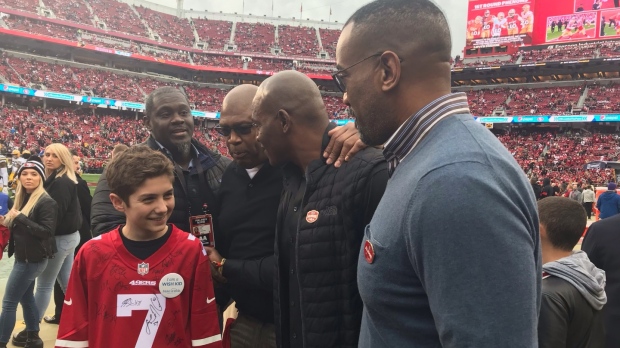 The family was originally invited to see the 49ers take on the Minnesota Vikings earlier in January, but conflicting plans forced them to turn the trip down. But when the 49ers made it to the next round of the playoffs, the Schaans were invited back a second time.

"The game was a lot louder than I expected it to be in there," Boston said of the NFC Championship game. "You almost couldn’t hear yourself talk when everyone was cheering."

Boston has been a 49ers fan his whole life.

"They were the first NFL game I ever watched and I liked Colin Kaepernick, the quarterback," he explained.

Defensive tackle D.J. Jones greeted the Schaan family when they arrived at practice. They were given a tour of the stadium and then settled in as the only fans watching the practice.

"That was cool because we were the only ones there," Boston said.

The family also came home with plenty of souvenirs, including a team-signed jersey, ball and the gloves worn by tight end George Kittle ahead of the NFC Championship. 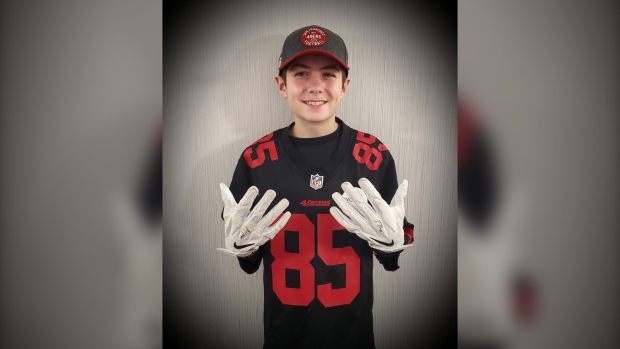 Boston then learned he would be breaking down the huddle — leading to a video getting a lot of attention on social media.

"He had multiple levels of wish come true," Bernie said.

Boston turned out to be a good-luck charm for the 49ers, who punched their ticket to the Super Bowl with a 37-20 win over the Green Bay Packers.

"After they scored three touchdowns, I realized they had a good chance of getting into (the Super Bowl)," Boston said. "It would be really cool (to see them win)." 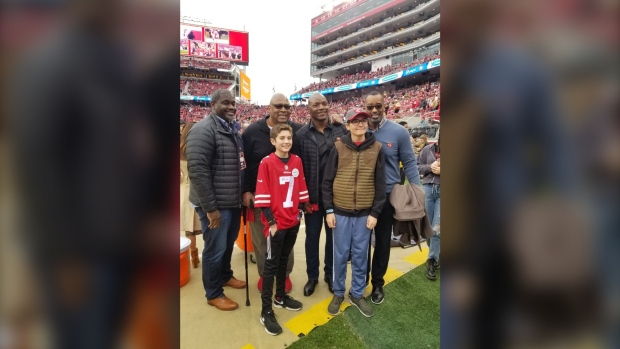 The 49ers will take on the Kansas City Chiefs in Miami on Feb. 2.

Photos supplied by the Schaan family