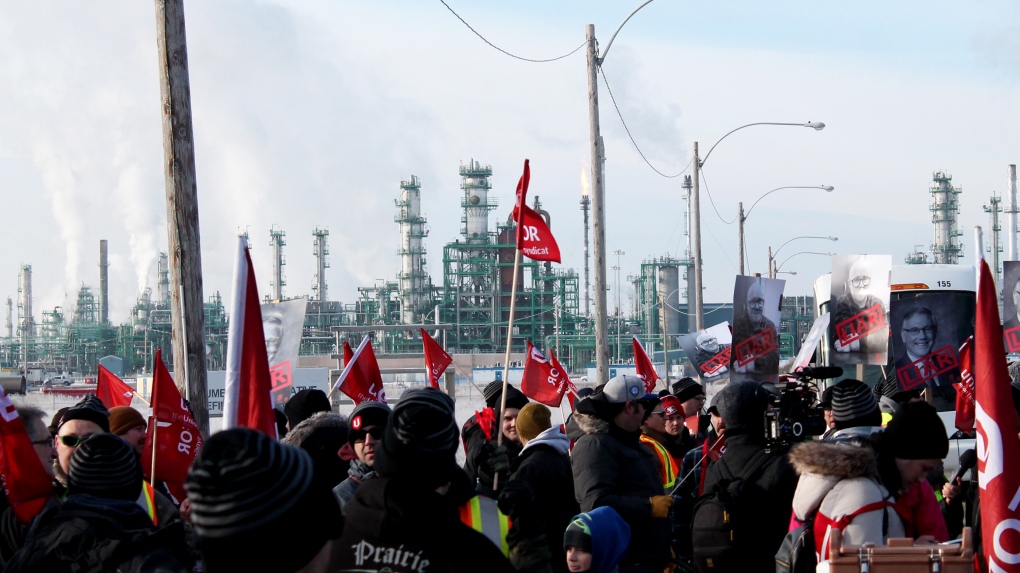 The Co-op Refinery Complex is seen behind a group of members of Unifor 594, picketing outside a gate. (Brendan Ellis/CTV News)

REGINA -- The Unifor Local 594 bargaining committee says it will recommend the latest offer from the Co-op Refinery be rejected by its members.

According to Unifor, the most recent offer incudes concessions not included in the special mediators report.

“We stand by the recommendations of Premier Scott Moe’s mediators,” said Jerry Dias, Unifor National President. “The mediators’ recommendations were thoughtfully crafted and balanced. They represent the best path forward for both oil and gas workers and the company.”

On Monday, the refinery applied to the Labour Relations Board for a final offer vote.

The refinery shared an offer, which it said would be its final offer, on March 25. The Unifor 594 Bargaining Committee turned down the offer and chose not to take it to a vote.

According to the refinery, the vote would be supervised by the Labour Relations Board, on the companies “Best and Final Offer dated March 30, 2020.”