Unifor workers to return to discussions with Crowns on Friday 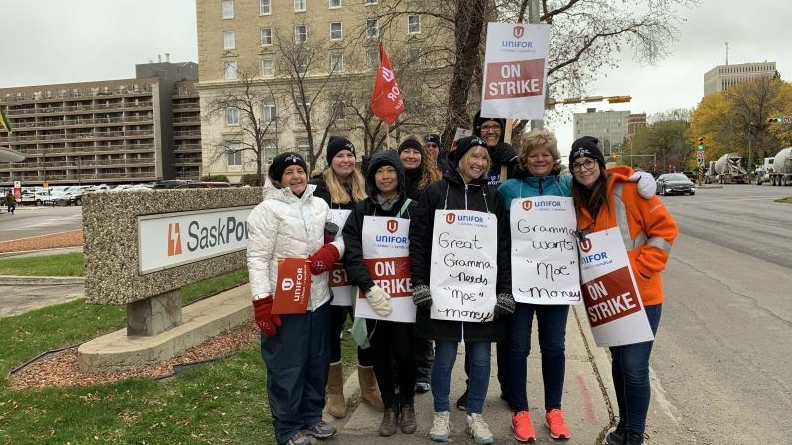 Unifor members pose for a photo outside the SaskPower building in Regina. (Marc Smith / CTV Regina)

An update of this story can be found here.

The union says it follows "a day of productive discussions in Regina."

Workers have been on strike for two weeks.

The union rejected the government's offer of a two-year wage freeze, followed by annual increases of one per cent, two per cent and two per cent.

The union says it won't accept any offer that includes a wage freeze.